Home Judiciary Fresh Application Filed by Prashant Bhushan U/S 17(5) Of Contempt of Courts Act, 1971 seeking liberty to lead evidence if Court decides to proceed against him for contempt
Judiciary 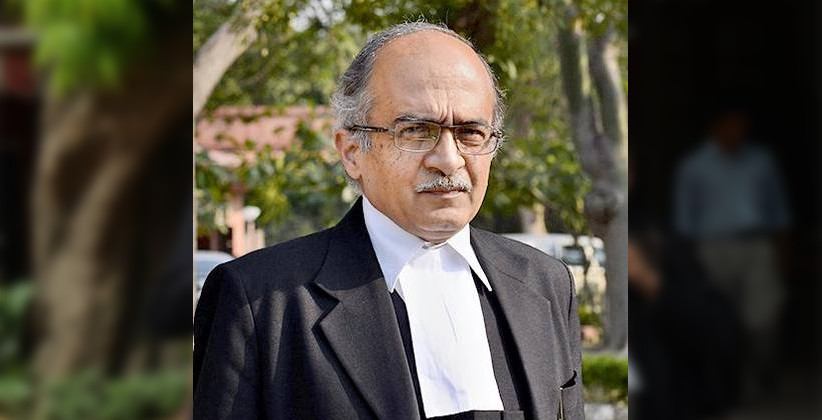 Adv. Prashant Bhushan is being tried by the Supreme Court for two tweets made by him earlier this year criticizing the judiciary. SC initiated Suo Motu Contempt of Court proceedings against him and Twitter India.

In the first tweet, Bhushan commented on a picture of Chief Justice of India SA Bobde on a high-end motorcycle, and in the second, he expressed his opinion on the role of the last four CJIs. A bench headed by Justice Arun Kumar Mishra, which on July 22nd, issued a show-cause notice to Bhushan after initiating the criminal contempt against him his two alleged derogatory tweets against the judiciary, had reserved the verdict on Wednesday.

After the SC reserved its verdict, Prashant Bhushan, an activist lawyer on Thursday moved a plea seeking to present additional evidence “u/s 17(5) of the Contempt of Courts Act, 1971” if the court is not satisfied with his submissions that the contempt was not made out against him for his two tweets allegedly against the judiciary.

He in his plea contended that the second tweet was not allegedly referred to in the contempt petition filed by Mehak Maheshwari. He also prayed that the proceedings to be sent before the Chief Justice of India for the allocation of a bench to hear the case.

Bhushan has further pointed out that he was served a contempt notice which did not include a copy of contempt petition on the basis of which the notice was issued to him. He said that it was a violation of “Rule 6(20 of Rules to Regulate Proceedings for Contempt of the SC, 1975”, framed “under Article 145 of the Constitution”. He also placed Reliance on Vijay Kurle (SUPRA), where the alleged contemnor was permitted to file a fresh affidavit after he complained that he was not supplied with the copies of complaints on the basis of which Suo Motu action was initiated against him.