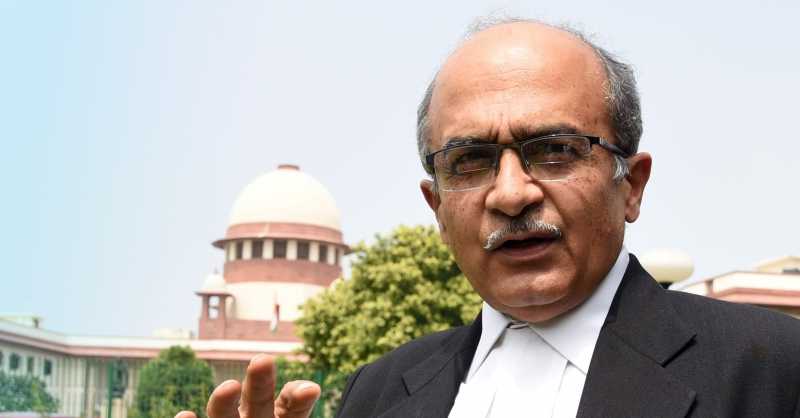 Judiciary Sep 14, 2020 M.V. Manasa ( Editor: Ekta Joshi ) 6 Shares
6 Shares
A petition has been filed against India Today Consulting Editor Rajdeep Sardesai in the Supreme Court for allegedly scandalizing and criticizing the judiciary by his tweets against the Court and its judges referring to the Prashant Bhushan case.

Astha Khurana, who is the petitioner, has sent an application to Attorney General KK Venugopal seeking his consent for the initiation of contempt proceedings against Sardesai for allegedly disrespecting the Supreme Court. Last month, Venugopal as the supreme court not to punish activist lawyer Prashant Bhushan. He also refused sanction to initiate contempt against actor Swara Bhaskar over alleged tomorrow marks on the Supreme Court Ayodhya verdict, singer comments did not mean to attack the judiciary. The petitioner pointed out many of Sardesai’s tweets. One tweet posted on August 31 about the Prashant Bhushan contempt case, Sardesai said “Breaking: Rs.1 token fine imposed by SC @pbhushan1 in contempt case. if he doesn’t pay it, 3 months jail sentence! Clearly, court looking to wriggle out of an embarrassment of its own making”.

By seeing Sardesai’s tweets, the petitioner contends that he “tried to spread the feeling of no confidence in the honorable Court amongst the public and even stated the apology by the Honourable Court for its recent judgment”.