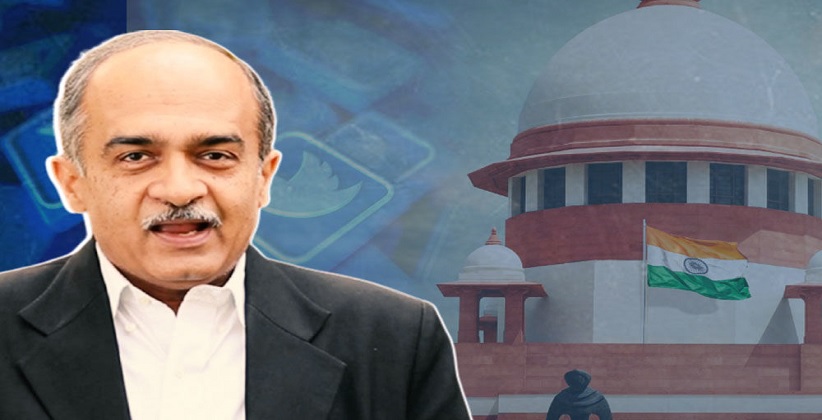 The Supreme Court on Friday (14th August 2020) held Advocate Prashant Bhushan guilty for contempt of court in the suo moto contempt case for his tweets criticizing the judiciary. A three-judge bench headed by Justice Arun Mishra,while emphasizing on the right of fair criticism said, “If a citizen bonafidely exceeds the right in the public interest, this Court would be slow in exercising the contempt jurisdiction and show magnanimity. However, when such a statement is calculated in order to malign the image of judiciary, the Court would not remain a silent spectator”.

Prashant Bhushan, in his 142-pages reply, stated that criticizing Chief Justice per se does not scandalize or lower the authority of the Court. He added that the Chief Justice of India is not the Court, andthat criticizing the conduct of the CJI does not amount to scandalizing or lowering the authority of the Court. While citing various precedents, interviews and articles of eminent persons in the legal fraternity, he stated the his tweets were made in good faith and the same cannot be considered as contempt of court.

On July 22nd, the Supreme Court had issued notice to the Advocate in a suo motu contempt plea filed by Advocate Mehak Maheshwari. The plea had sought cognizance of contempt of court against Bhushan for two of his tweets. The first tweet was posted on June 27th, 2020 where the Advocate made comments on a picture of CJI SA Bobde on an expensive motorcycle, whereas in his second tweet, dated June 29th, 2020, he expressed is opinion on the role of last four CJIs amid the State of Affairs in the country during their respective tenures. The court observed that the tweets have brought the judiciary in 'disrepute' and are capable of undermining the dignity and authority of the court and the institution of CJI.

Advocate Dushyant Dave appearing on behalf of Prashant Bhushan had argued that the comments made by the Advocate were justified as there have been 'shortcomings' in the functioning of the judiciary and that those were expressing his bona fide opinion about the state of affairs. However, the court rejected the same.

The apex court in its judgment held that the comments made by the Advocate were factually incorrect and said that such allegations against the institution of the Supreme Court and the CJI are malicious and have tendency to ‘shake the confidence’ of the public at large in the judiciary. “Constitutional democracy stands in the bedrock of the rule of law. The trust, faith and confidence of the people in the judicial system is sine qua non (absolutely necessary) for existence of the of law. An attempt to shake the very foundation of constitutional democracy has to be dealt with an iron hand", the judgment said.

The Court has set next hearing date on August 20th for deciding the quantum of punishment. Bhushan had also moved the top court challenging the act of Secretary-General of the Court for listing the contempt petition filed against him on the judicial side, without the consent of the Attorney General.