Home Judiciary Prashant Bhushan to register a review appeal against judgment condemning him for contempt of court.
Judiciary 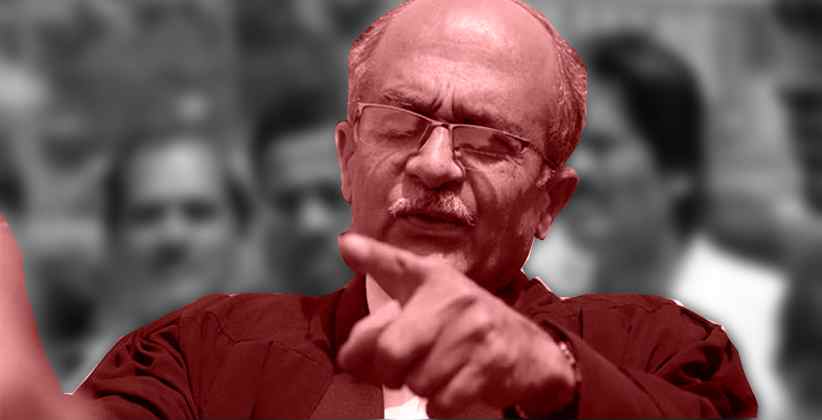 Advocate Prashant Bhushan will be moving to the Supreme Court to seek a review of the apex court’s judgment condemning him for contempt of court on August 14, 2020.

On 17th August, Senior Advocate Rajeev Dhavan, who is representing Bhushan in a separate contempt case that dates back to 2009, told the Court that it appears that the judgment of August 14 suffers from many shortcomings.

The judgment in some parts states that allegations against Judges per se do not constitute contempt of court and it is based on this that a review of the judgment may be sought, Dr. Dhavan told a Bench of Justice Arun Mishra, Justice BR Gavai, and Justice Krishna Murari.

The Supreme Court on August 14 had found Mr. Prashant Bhushan guilty of contempt of court for his tweets criticizing CJI Sharad Arvind Bobde and the judiciary posted beforehand this year.

The top Court had registered a suo-moto contempt case against Prashant Bhushan over the two tweets.

The two tweets in the subject were posted in June, this year. The first tweet concerned to Bhushan’s commentary on a picture of CJI SA Bobde on a high-end motorcycle, whereas in the second, Bhushan expressed his opinion on the role of the last four CJIs among the state of affairs in the country.

While defending his tweets, Bhushan had also questioned the sudden listing of an 11-year-old contempt matter pending against him for his statements on corruption in the judiciary in an interview with Tehelka magazine. On August 10, the Supreme Court decided to hear this case on merits.

It was during today's hearing in the 2009 case that Dr. Dhavan informed that the earlier verdict affirming Bhushan guilty of contempt would be challenged by way of review.

The 11-year old contempt case has been posted for further hearing next week after the Court sought responses to certain larger questions on the admissible limits of criticisms that involve allegations against a Judge.