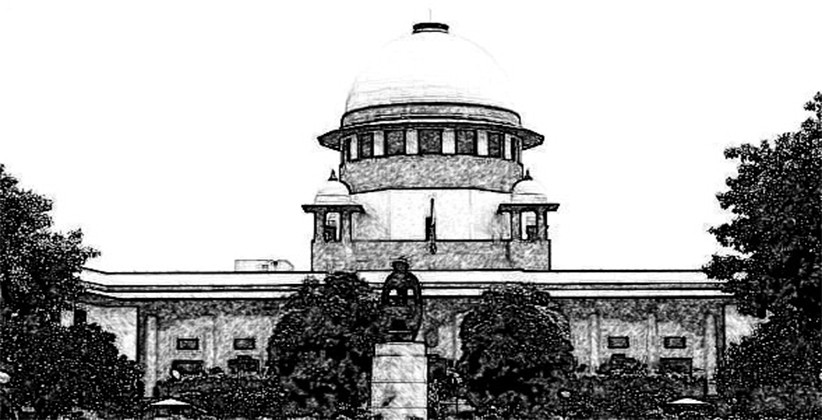 The Supreme Court on March 11, 2019, in the case of M/S ICOMM Tele Ltd. v. Punjab State Water Supply & Sewerage Board & Anr., has observed that pre-deposit clause to invoke arbitration would render the arbitral process ineffective and expensive.

A Bench comprising of Justice Rohinton Fali Nariman and Justice Vineet Saran was hearing an appeal filed by the appellant company against the judgment passed by the Punjab and Haryana High Court in which the court dismissed the writ petition filed by the company.

In this case, the Punjab State Water Supply & Sewerage Board, Bhatinda issued notice inviting tender. After finding the appellant company best suited for the task, the Board awarded the tender to them. In the notice inviting tender, which was part and parcel of the formal agreement, an arbitration clause was given, which stated that “It shall be an essential term of this contract that in order to avoid frivolous claims the party invoking arbitration shall specify the dispute based on facts and calculations stating the amount claimed under each claim and shall furnish a "deposit-at-call" for ten percent of the amount claimed, on a schedule bank in the name of the Arbitrator by his official designation who shall keep the amount in deposit till the announcement of the award.”

The case of the appellant company was that the said arbitration clause amounts to a contract of adhesion and arbitration being an alternative dispute resolution process, a 10% deposit would amount to a clog on entering the system.

The apex court Bench noted that the 10% "deposit-at-call" does not really have any direct nexus to the filing of frivolous claims, as it applies to all claims (frivolous or otherwise) made at the very threshold. The Bench observed that the 10% deposit that needs to be made before any determination that a claim made by the party invoking arbitration is frivolous is said to be arbitrary in the sense of being something which would be unfair and unjust and which no reasonable man would agree to.

The Bench said that "The important principle established by this case is that unless it is first found that the litigation that has been embarked upon is frivolous, exemplary costs or punitive damages do not follow. Clearly, therefore, a "deposit-at-call" of 10% of the amount claimed, which can amount to large sums of money, is obviously without any direct nexus to the filing of frivolous claims, as it applies to all claims (frivolous or otherwise) made at the very threshold. A 10% deposit has to be made before any determination that a claim made by the party invoking arbitration is frivolous. This is also one important aspect of the matter to be kept in mind in deciding that such a clause would be arbitrary in the sense of being something which would be unfair and unjust and which no reasonable man would agree to. Indeed, a claim may be dismissed but need not be frivolous, as is obvious from the fact that where three arbitrators are appointed, there have been known to be majority and minority awards, making it clear that there may be two possible or even plausible views which would indicate that the claim is dismissed or allowed on merits and not because it is frivolous. Further, even where a claim is found to be justified and correct, the amount that is deposited need not be refunded to the successful claimant."

Further, emphasizing the importance of alternative dispute resolution process looking at the high pendency of cases in courts and cost of litigation, the Bench said that “Any requirement as to deposit would certainly amount to a clog on this process. Also, it is easy to visualize that often a deposit of 10% of a huge claim would be even greater than court fees that may be charged for filing a suit in a civil court.”

The Bench allowing the appeal and striking down the pre-deposit clause said that the "Primary object of arbitration is to reach a final disposal of disputes in a speedy, effective, inexpensive and expeditious manner…. Deterring a party to an arbitration from invoking this alternative dispute resolution process by a pre-deposit of 10% would discourage arbitration, contrary to the object of de-clogging the Court system, and would render the arbitral process ineffective and expensive."

JAG-Right To Marry Not A Fundamental Right: Centre To Delhi HC