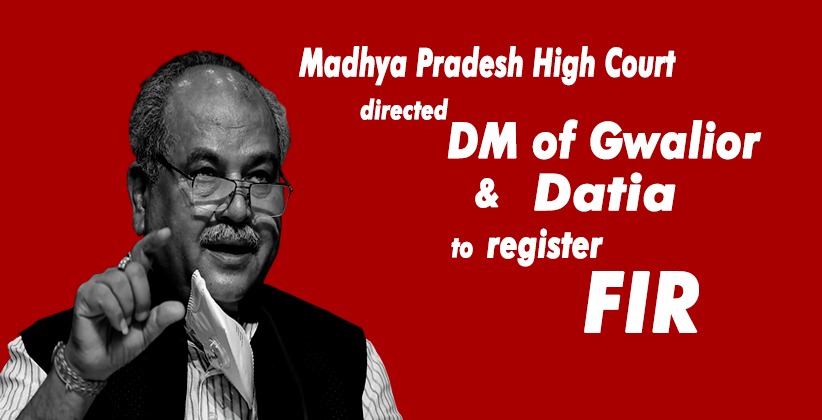 Petitioner and Advocate Ashish Pratap Singh along with others had filed a report pointing out at corona norm violation by politicians who gathered a larger number of people at election rallies where the number of people present exceeded the limit prescribed by Covid-19 protocol.

The petitioner pointed out that after the court passed an interim order on October 3, 2020, about 500 people gathered on the same day at Baghel Chhatrawas Naka Chandrawani Road, Lashkar in Gwalior. Another rally was organized by ex-MLA Munnalal Goel on October 4 in Gwalior legislative assembly constituency on behalf of Pradyumna Singh Tomar.

A similar gathering was organized on October 4 in ward number 19 on behalf of Congress candidate Satish Singh Sikarwar. On October 5, another rally was organized at Mody House opposite Landmark Hotel on behalf of union minister Narendra Singh Tomar. On the same day in Bhander in Datia district, a gathering was organized for MPCC chief Kamal Nath and Phool Singh Baraiya. On October 6, Covid protocol was breached yet again in ward number 1 when an election rally was organized for Ramniwas Rawat and Sunil Sharma. “Covid norms were breached with impunity in all these events,” the petitioner had told the court.

A decision by apex court’s constitutional bench given in Lalita Kumari v/s Govt of UP (2014) case, the court stated that registering FIR is mandatory if the information discloses commission of a cognizable offense and no preliminary inquiry is permissible in such a situation.