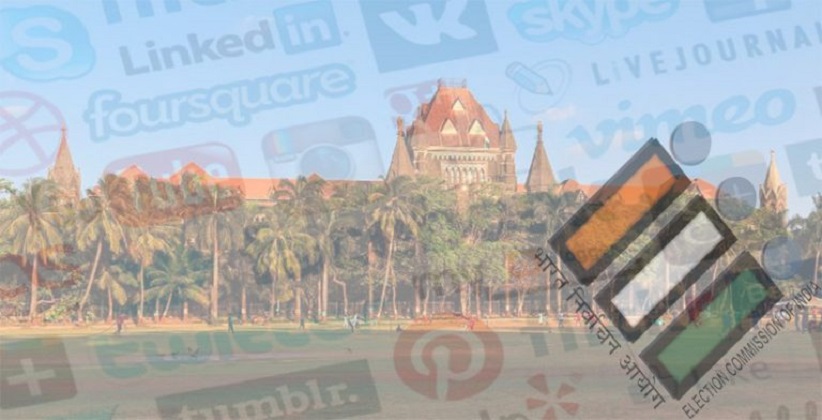 The Bombay High Court on January 24, 2019, noting that the Election Commission is constitutionally bound to hold fair elections has asked it to take steps to prohibit advertisements or paid political content on social media.

A Division Bench comprising of Chief Justice N. H. Patil and Justice N. M. Jamdar was hearing a petition filed by lawyer Sagar Suryavanshi, seeking directions to the Commission to prohibit all persons, whether politicians or private individuals, from posting advertisements related to politics or elections, or paid political content on social media platforms such as YouTube, Facebook, and Twitter, 48 hours before the election day.

Advocate Pradeep Rajgopal, appearing for the Commission, told the court that the poll panel has recommended amending Section 126(b) of the Representation of Peoples Act, 1951, which prohibits public meetings, processions, campaigns, etc. 48 hours before polling.

"By way of amendment, we propose to include the term electronic media in the provision," he said.

However, the Bench noted that amendments to the Act would take a lot of time.

"Till the amendment is brought, what does the Election Commission propose to do about the issues raised in the petition? Elections are coming up. The commission should have some answers," Chief Justice Patil said.

The court suggested the Commission to pass orders before the upcoming elections.

"The Election Commissioner can issue orders. You (EC) are not helpless. In order to conduct and hold fair elections the commission can issue orders. It is your constitutional obligation," the Chief Justice said.

The Bench also directed a senior officer of the Commission to remain present before it next week for further hearing on the plea.

The petitioner's lawyer Abhinav Chandrachud told the Bench that social networking sites, such as Facebook, had advertising policies in the UK and the US, where all advertisements and paid content were subjected to strict verification process.

He argued that a similar policy must be implemented in India too.