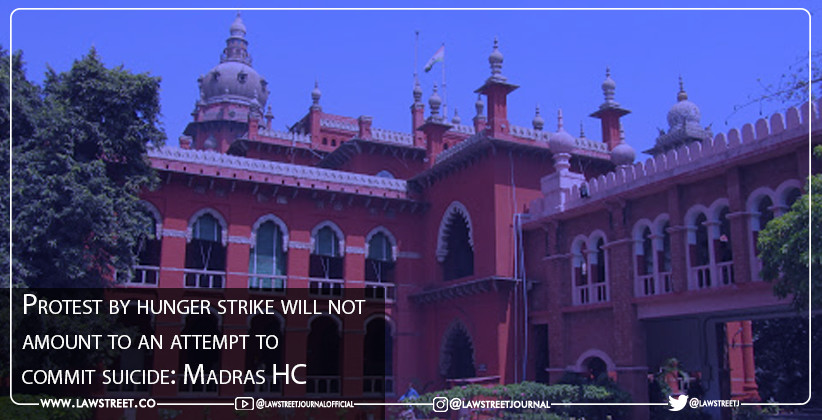 Judiciary Feb 23, 2021 Matthew Savios ( Editor: Ekta Joshi ) 9 Shares
9 Shares
The Madras High Court while hearing a petition seeking quashing of a criminal case pending before the Judicial Magistrate Court No.2, Ponnamallee, Chennai observed that the mere fact that the petitioner has protested by sitting on hunger strike will not attract the offence under Section 309 IPC (Attempt to commit suicide).

The petitioner along with other persons was detained at Special Camp, Poonamallee in 2013. Protesting the detention, the petitioner and others sat on a hunger strike for 10 days. In this incident, an FIR was registered to mention the hunger strike as amounting to an offence of attempt to commit suicide under Section 309 IPC. On completion of the investigation, a final report was given to the lower court which took the matter in its file in 2016. The petitioner approached the High Court seeking an order to quash further proceedings on the case pending against him.

Advocate P. Pugalenthi, appearing for the petitioner brought two main arguments before the High Court. The first argument that even if the allegations are taken at face value it does not constitute an offence under Section 309 IPC.

The second argument was on the procedural ground as laid down in Section 468 Cr. P.C.  The section puts a bar on taking cognizance of offences after the lapse of the period of limitation. The period of limitation for an offence punishable by a maximum imprisonment of 1 year as provided in the same section is 1 year. Section 309 prescribes maximum imprisonment of only 1 year but in the present, the FIR was filed in 2013 and the lower court has taken cognizance only in 2016.  The court after hearing both sides have concluded that the two grounds argued by the petitioner are valid. The Court held that:

On the procedural question also, the court approved the contention raised by the petitioner. It held that:

Following the above findings, the court quashed the case pending in the lower court. Hunger strikes were used as a weapon of non-violence against the colonisers during the Indian Freedom Struggle. Right to Protest is one of the six Fundamental Rights to Freedom as given in Article 19 of the Constitution of India. Though the right is subject to reasonable restriction the courts in the past have allowed hunger strikes as a form of protest.   [READ ORDER] 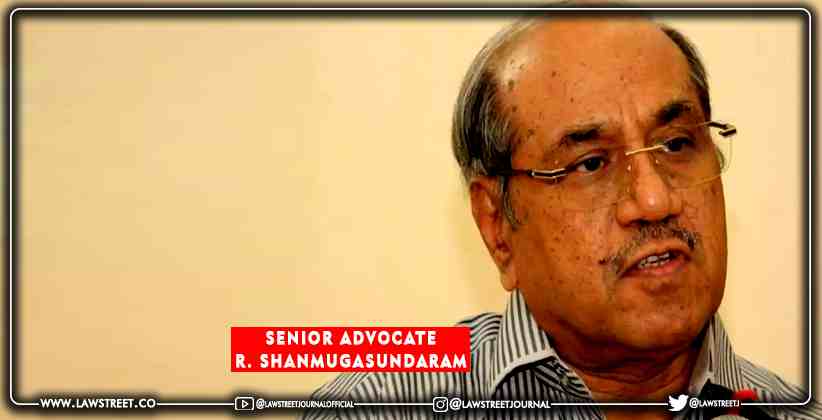 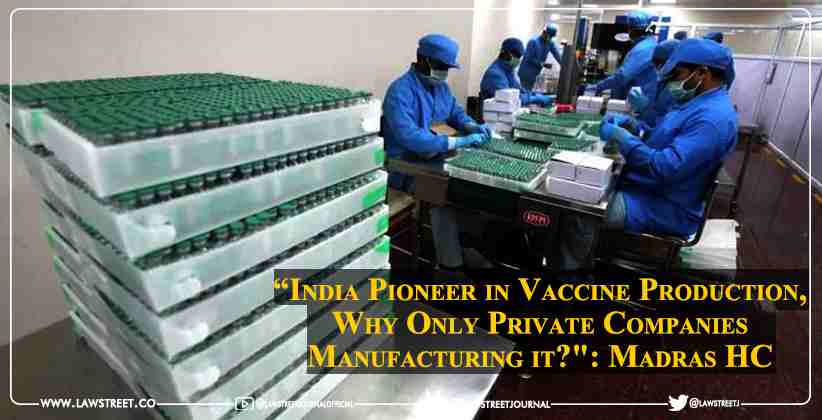 Judiciary May 11, 2021 Nancy Goyal ( Editor: Ekta Joshi ) 3 Shares
3 Shares
The Madras High Court on Friday looked for answers as to why the Central government is depending only on private manufactures to get COVID-19 vaccines in huge amounts when there are government-owned offices, like the Integrated Vaccine Complex at HLL Biotech Ltd (HBL), Chengalpattu, lying inactive.The bench of justice MS Ramesh and B Pugalendhi was dealing with a Public Interest Litigation (PIL) filed by one A Veronica Mary, seeking directions to the Union of Indian, Tamil Nadu, and Bharat...
Read full post