Home Judiciary Section 153A of IPC Cannot Be Invoked Merely by Provoking Sentiments of One Community Without Involving Any Other Community: Karnataka HC
Judiciary 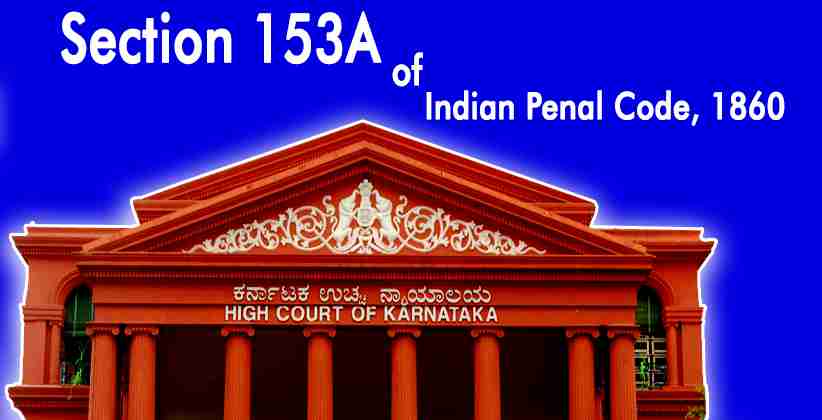 The Karnataka High Court recently held that merely provoking the sentiments of one community or group without involving any other community will not be a penal offence under Section 153 A of the Indian Penal Code.

Section 153A of the Indian Penal Code penalizes the person whoever promotes enmity between different groups on the grounds of religion, race, place of birth, residence, language, etc, a criminal offence or penalizes any other act that disrupts the harmony.

The Court after going through the submissions of the Petitioner and the Complaint held that none of the Sections mentioned in the FIR can be made out due to lack of ingredients. The nature of the threats mentioned in the complaint does not invoke Section 504 or 506 of the IPC. It was further held that the gathering of the procession did not do any such activity to frighten Hindus or to make them flee from the village. Thus the Court could not even make out the basic ingredients of Section 153A and thus it quashed the FIR and allowed the plea.