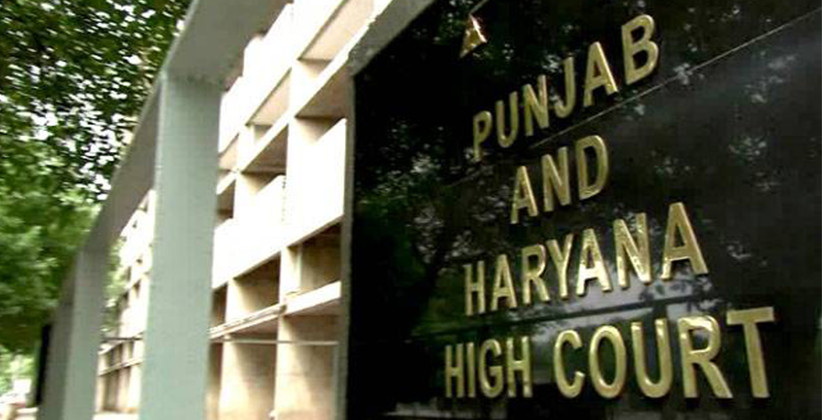 Coming down heavily on the striking lawyers for violating the fundamental right of the citizens by denying them access to the court, the Punjab and Haryana High Court on August 13, 2019, in the case of Monu Rajput v. State of Haryana & Ors has imposed a costs of Rs.50,000 on the High Court Bar Association (HCBA).

The case was filed by Monu Rajput praying for the release of his live-in partner Neeshu from the custody of her father. The matter which was listed for appearance on August 5, 2019, was adjourned for August 13, 2019, because of unserved notice. However, the detenu, Neeshu, informed the court that she had come to the court along with her father but was denied entry by the lawyers, who were on strike upon a call given by HCBA, despite her having a valid entry pass.

The members of the Bar have been on strike since July, protesting against the Central Government notification constituting Haryana Administrative Tribunal to adjudicate upon service matters pertaining to State Government employees.

On August 2, 2019, a full Bench had deferred the implementation of the government’s notification regarding the tribunal. However, the lawyers continued their strike seeking withdraw of the notification.

Hearing the matter, the court held that lawyers are officers of courts, expected to meet the standards of utmost prudence and compassion.

"Licence to practice as a Lawyer is an effective weapon meant for use on behalf of an aggrieved litigant or to bring reforms in the society, through Courts of law. An Advocate who is well equipped with the knowledge of law becomes extra-ordinary citizen and carries an honour by nobility of the legal profession. Patience, prudence and wisdom are supposed to be the best companions of a meaningful lawyer and these essentials are displayed in the behaviour and conduct of a person as an Advocate or otherwise. Therefore, it is never expected that an Advocate can be insensitive to the rights of the litigants,” the court said.

Justice Manoj Bajaj condemned the lawyers for aggressively implementing their call for strike and paralyzing the working of the court. Reliance was also placed on the Supreme Court's verdict in Ex.-Capt. Harish Uppal v. Union of India, 2003 AIR (SC) 739.

"This kind of agitation by Advocates, who have refrained from putting in appearance before the Court may be one of the modes of expressing their own grievance for whatever reason, but the same cannot be construed to be unfettered and absolute, who have wrongfully restrained litigants from approaching the Court,” the judge said.

The court thereby imposed a cost of Rs. 50,000/- on the HCBA, payable to the father of detenue, for denying him entry in the court and spearheading the strike.