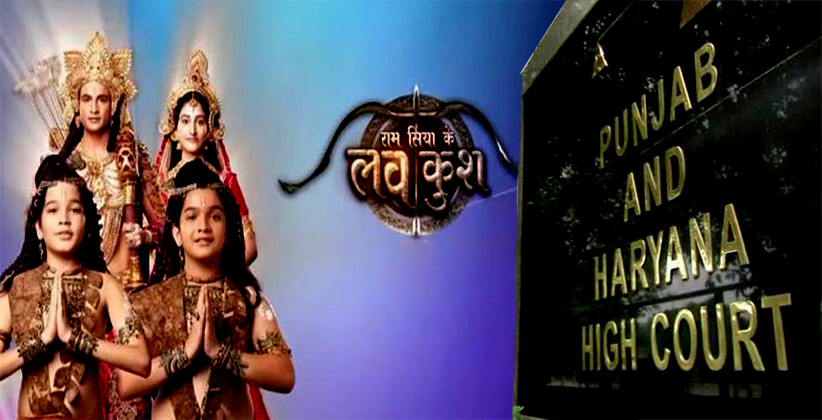 The Punjab and Haryana High Court on September 9, 2019, in the case of Colors TV and others v. State of Punjab and Ors., has refused to stay the ban on telecast of TV serial 'Ram Siya Ke Luv Kush'.

During a special hearing on a petition filed by Colors TV, Justice Tejinder Singh Dhindsa declined to grant stay on the order passed by various District Magistrates in Punjab to ban the telecast of the TV Serial on the ground that there is a large population of SC/Valmiki community in the Districts and resentment is prevalent amongst them over the screening of the serial.

The ban was imposed in exercise of the powers conferred by Section 19 of the Cable Television Network (Regulations) Act, 1995, over the allegation that the serial is portraying wrong facts about Bhagwan Valmiki Ji and distorting the history of Valmiki Ramayana.

Color TV, after the ban was imposed, approached the High Court seeking a stay. It was submitted before the Court that prior to issuance of the impugned orders no opportunity of hearing had been granted to them.

The channel also placed on record an offer from the producers of the serial to enter a dialogue with the Home Secretary to discuss the contentious scenes and if need be to omit certain scenes which portray the role of Bhagwan Valmiki Ji.

The High Court, however, refused the plea for an interim stay and posted the matter on September 12, 2019.

It is relevant to point here that the High Court on August 29, 2019, in a petition filed by producers of the Serial has stayed the criminal proceedings initiated against them. In the said petition, it was contended that the offending portion is based upon actual text of the original version of the epic, without any addition or subtraction on the part of the producer of the serial and thus there is no scope for there being any intention to deliberately offend any sentiments of any segment of the society.

Supreme Court To Examine Whether Muslim Minor Girl Can Marry On Attaining Puberty?