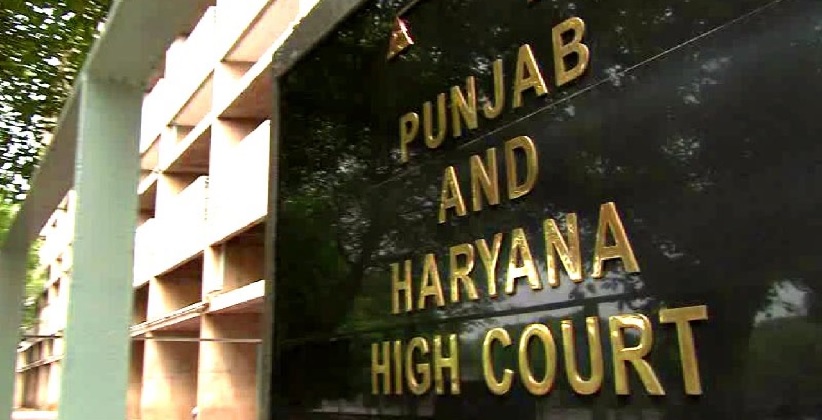 Last week, the Punjab and Haryana High Court put a restriction on the practice of filing multiple writ petitions related to the similar or same cause of action.

Justice Anil Kshetarpal opined that filing of multiple petitions is not helpful to the justice or the judicial institution. He noted that ‘the dockets of the Courts are already overflowing’.

The Bench consisting of Single Judge was of the view that multiple petitions on a similar cause of action waste the valuable time of the Institutions and the Bar and the Bench are equal participants in it.

The Court further said that the Institution was set-up to make a sincere endeavor to give justice to all the litigants and to be able to achieve that goal, the unnecessary filing of petitions is discouraged.

The court while hearing the petition filed by a workers' union against the State of Punjab and other respondents noted that the writ petitioner had filed a previous Civil Writ Petition, which after notice of motion issued on 24/6/2020, is pending for 20/7/2020. The parties in both petitions are the same.

The Bench reflected on the question which the Court was called upon to answer- Whether multiple writ petitions with regard to the same or similar cause of action between the same parties, should be permitted to be filed or not?

It was observed that for the purpose of regulating the filing of writ petitions the High Court had notified the Writ Jurisdiction (Punjab and Haryana) Rules, 1976. As per the format issued it is necessary to reveal if there is any other case that is similar to the one being filed, in the index of the petition.

It was noted that Rule 32 of the 1976 Rules provides that in all matters for which there is no provision made by these rules, the provisions of the Code of Civil Procedure (CPC) 1908, will be applicable mutatis mutandis, as long as they are not inconsistent with these rules.

Order 2 Rule 2 of the CPC was appreciated by the Bench as it says that while filing a petition or a suit, whole of the claim, which the plaintiff or the petitioner is entitled to make in respect of a cause of action, shall be necessarily added failing which he cannot later sue in respect of the portions so omitted or relinquished.

The bench also observed that in Explanation IV of Section 11 of the CPC it is provided that any matter which might and ought to have been made a ground of defense or attack in such former suit or petition under Article 226, shall be deemed to have been a matter directly or substantially in issue in such suit or proceeding.

The Court was of the view that on account of specific provisions made in the 1976 rules the procedure prescribed in the CPC has been made applicable unless the provision is inconsistent with the 1976 Rules. The Bench also observed that Section 141 of the CPC deals with the miscellaneous proceedings and the Explanation added thereto provides that the expression "proceedings" would not include any proceedings under Article 226 of the Constitution.

The Bench added that the Apex Court has disapproved of the practice of filing multiple writ petitions on the same or similar cause of action, on more than one occasion.

Justice Kshetarpal repeated his earlier statement that the petitioner has to make a disclosure in the Index and the relevant para if any such or similar petition is pending before the Court or has been decided by the Apex Court or the High Courts or any other Court, at the time of filing a writ petition. If there is any difference in both the writ petitions, in the cause of action, the petitioner has to disclose it. The petitioner also needs to disclose the reason why the relief claimed in the subsequent petition could not be claimed or included in the previously instituted petition.

The Court said that these observations/guidelines are being issued to avoid the filing of the multiple writ petitions.

In the present case, the question “Whether this Court should entertain the second petition?” was not answered in positive by the Court.

Keeping in view the fact that the present writ petition was filed by the Workers' Union, the Court did not wish to pass any harsh orders and disposed of the petition.