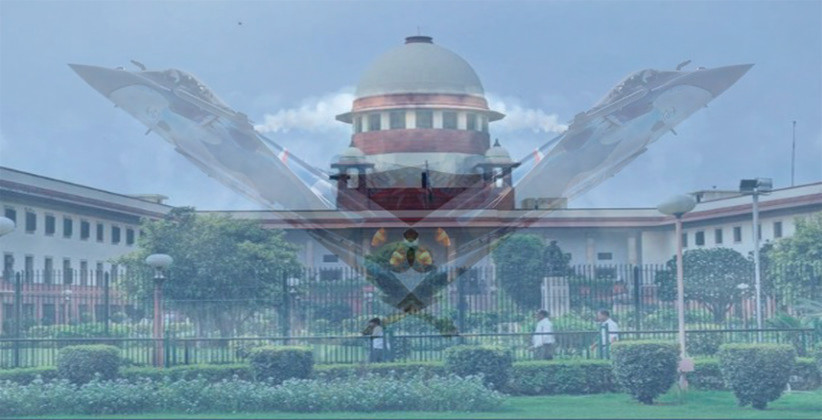 Attorney General K.K. Venugopal, appearing for the Centre told the Supreme Court today (March 6, 2019) that the documents related to Rafale aircraft deal have been stolen from the Defence Ministry.

The petitioners asserted that the Centre “quite clearly misled the court” as the court had relied upon “false averments” to come to the conclusion that the procedure for procurement of the 36 Rafale jets was duly complied with.

When Mr. Bhushan referred to an article published in The Hindu, AG Venugopal opposed it, saying that the articles were based on stolen documents and an investigation into the matter is on.

Mr. Venugopal said that the article published on February 8, 2019, was aimed at influencing the proceedings and that amounted to contempt of court.

While Mr. Venugopal was seeking dismissal of the review petitions and raising objections to Bhushan’s arguments based on the articles published in The Hindu, the Bench sought to know from the Centre as to what has it done since the article was first published.

To which, the AG apprised the court that an investigation into the matter was underway.

The AG also submitted before the court that the documents on the deal relied on by the petitioners were marked secret and classified, and therefore, are in violation of Official Secrets Act, 1923.

Mr. Bhushan argued in the court that critical facts on Rafale were suppressed when the petition for an FIR and investigation were filed.

He said that the top court would not have dismissed the plea for FIR and probe into Rafale deal had there not been suppression of facts.

At this point, the CJI said that hearing Mr. Bhushan did not mean that the top court was also taking on record the documents on the Rafale deal.

The Bench rose for the lunch break asking Mr. Venugopal to apprise it about the whole development related to the stealing of the documents and the investigation conducted by the Centre in the post-lunch session.