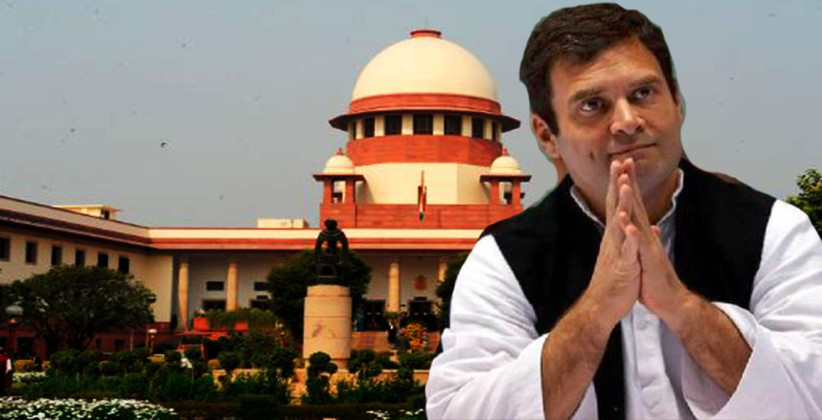 Congress President Rahul Gandhi today (April 22, 2019) has filed an affidavit in the Supreme Court, expressing regret over his remarks related to its Rafale verdict which the apex court had said was "incorrectly attributed" to it.

In the affidavit, the Congress chief said that the comment was made in the “heat of the political campaigning” and that is was misused by his political opponents.

On April 15, 2019, the apex court Bench comprising of Chief Justice of IndiaRanjan Gogoi and JusticesDeepak Gupta and Sanjiv Khanna had directed Gandhi to give his explanation by April 22, 2019, on a petition filed by BJP MP Meenakshi Lekhi, who has sought criminal contempt against the Congress president for using the phrase ‘chowkidar Chor Hai’ against Prime Minister Narendra Modi.

The Bench had made it clear that Gandhi's remarks, made in the media, on the Rafale verdict were incorrectly attributed to the apex court.

"We have considered the matter. We make it clear that this Court had no occasion to record any view or finding or make any observation as allegedly attributed to the Court by the respondent inasmuch as what was decided by this Court was a purely legal question of admissibility of certain documents to which objections were raised by the learned Attorney General," the Bench had said.