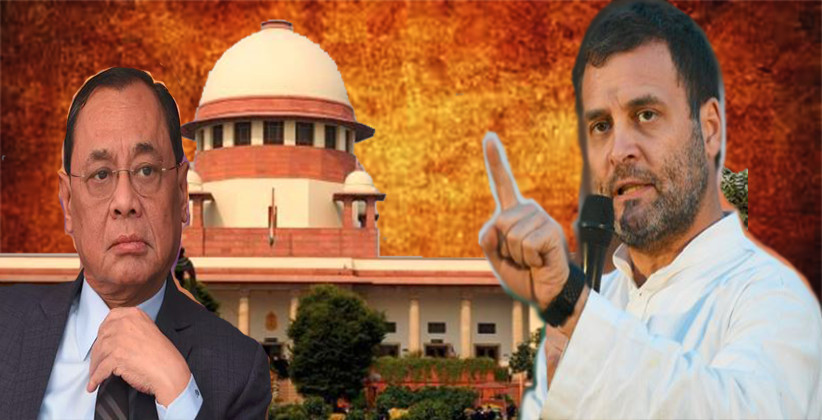 The Supreme Court on May 2, 2019, agreed to hear a plea challenging Indian citizenship of Congress president Rahul Gandhi.

A Bench headed by Chief Justice of India Ranjan Gogoi was responding to the plea filed by Delhi residents Jai Bhagwan Goyal and Chander Prakash Tyagi.

The petitioners sought Supreme Court to direct the Election Commission of India (ECI) to debar Rahul Gandhi from contesting the Lok Sabha polls and “becoming a Member of Parliament” after he had “voluntarily acquired British nationality.”

The petition, which has arraigned the Central government, the ECI and Mr. Gandhi in person, said that the court should “command” the government to decide the question of voluntary acquisition of British citizenship by Mr. Gandhi and consequently determine his Indian citizenship. It wanted the court to decide whether a person who has voluntarily acquired British citizenship should be allowed to contest from Amethi and Wayanad, and then “fill a seat” in Parliament, The Hindu reported.

Reportedly, Mr. Gandhi had acquired British nationality which was evident from the incorporation certificate of U.K. company BACKOPS Limited and the returns filed by the company.

The petition wanted a declaration that Mr. Gandhi “is not an Indian citizen and he is incompetent to contest as per the provisions of the Constitution read with the Representation of the People Act, 1951.”

The plea follows a notice issued by the Ministry of Home Affairs to Mr. Gandhi on the question of his “dual citizenship”.

A PIL, raising similar allegations, moved by Advocate M.L. Sharma was dismissed by the apex court in 2015 saying that PIL pleas were not meant to target an individual or an organization but was a medium to resolve human suffering through good governance.