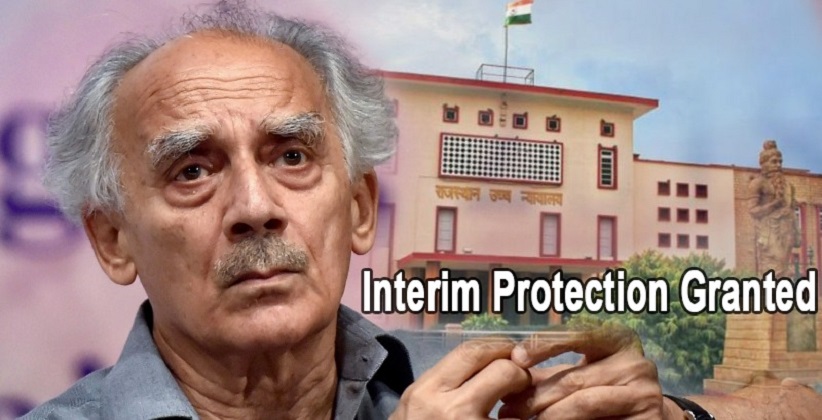 Hotel Laxmi Vilas Palace sited in Udaipur district was under the possession of the Indian Tourism Development Corporation (ITDC) but was later on divested fraudulently by the NDA government in 2004. The property was valued Rs. 151 crores were divested for a mere Rs. 7.52 crore to Bharat Hotels Limited by the NDA Government in a fraudulent manner.

The court had ordered that the property should be reverted back to the Union Government and should come under the ITDC again. The district administration of Udaipur has appointed a receiver and inform the government about the latest development. The Udaipur district administration has taken over the control of the Hotel Laxmi Vilas Palace and also started procedures for taking over the charge of the property.

During Late Atal Vihari Bajpayee’s led NDA regime, several hotels were sold to the private buyers under the possession of ITDC. With the Inter-Ministerial Panel, it was considered that several hotels were not valued properly and were sold fraudulently which caused a huge amount of monetary loss to the government during that time. This laid to a question mark on the duties and responsibilities upon Arun Shourie who was in charge of the disinvestment ministry back then.

CBI has registered an FIR against the divestment Secretary Pradip Bijal who was in-charge back then and several others on the ground of causing huge monetary loss to the government by involving in the selling process of many properties which were disinvested in a fraudulent manner. In its FIR the CBI stated that in 2001-02 the heritage hotel which was first under the possession of ITDC sold undervalued to the Bharat Hotels Limited. While the above-said property was valued Rs 150 crore by the government norm, the market value of such property was Rs 280 crore.

The Special Judge of the CBI court, Pooran Kumar Sharma issued summon through arrest warrants to then Union Minister of State for Disinvestment Arun Shourie, then Disinvestment Secretary Pradip Baijal, MD of Lazard India Private Limited Ashish Kumar Guha, KantilalKaramseyVikramsey, Proprietor of KantiKaramsey&Co Directors of Bharat Hotels Jyotsna Suri and other government officials and private persons under the section 120B (Criminal Conspiracy) and 420 (Cheating) of Indian Penal Code and section 13 (1) D of Prevention of Corruption Act.

The Senior Counsel Prashant Bhushan and Advocate Pradeep Shah, on behalf of Arun Shourie made a petition suggesting that imposing of the Prevention of Corruption Act imposed by the lower Trial Court was not necessary and also mentioned that in the case of Pradip Baijal Vs Union of India, the petitioner name was not mentioned in the FIR registered, the petitioner should get some exemption from appearing for the trials in the court. Arun Shourie age 79, being a senior citizen who was suffering from various age-related issues and his wife’s ailments and having a child who requires his care cannot be able to appear before the court particularly in the current situation, the counsel further argued.

Considering the arguments by the Counsel, the Rajasthan High Court ordered and granted interim protection to the petitioner Arun Shourie from arrest on 23rd September 2020.