On Wednesday (18 November 2020), a notice has been issued by the Rajasthan High Court on a petition seeking to implement the use of A4 size sheets with double-sided printing, instead of legal-size printing with one-sided printing for the filings in all the Courts across the Rajasthan State. The notice has been issued to the Registrar General, Rajasthan High Court, returnable within four weeks by the division bench of Justices Sandeep Mehta and Devendra Kachhawaha.

Through Advocate Sumit Singhal, the Public Interest Litigation (PIL) was filed by a law student Akriti Agarwal against an indefinite combination of both Legal-Size Paper and A4 Size Paper being used in various Courts. She also stated that the usage of Legal-Size paper is a British Colonial practice that is making justice only costly and inaccessible.

She further submitted that,

“This disorganized and unreasonable practice of using different papers at different places is not just creating hindrance for people in accessing justice both inside and outside the courts, but it also renders the entire legal system non-uniform and arbitrary.”

It was submitted that the Supreme Court of India has already implemented the use of A4 size paper with double-sided printing. It was contended by the petitioner that an “exclusively designed size of paper” has rendered the legal system “unfriendly and non-accessible” and it being opposing the established principle of Equality before Law under Article 14 of the Indian Constitution. It is harmful to the environment as well.

The plea states that,

“It is acting as an unnecessary barrier in the dispensation and administration of justice. The prime purpose of any legal system is for people to avail is in speedy justice and not to remain stuck within the shackles of unjustified formality of using different size papers. Especially, courts are for people, people are not courts.”

A similar plea is also pending before the Karnataka High Court. Meanwhile, the Supreme Court and the and High Courts of Calcutta, Kerala, Sikkim, and Tripura have already allowed the usage of A4 size papers, with the printing on both sides to minimize the paper consumption.

Explain Why Pakistani Minority Migrants with No Identity Cards Not Being Vaccinated Despite Court's Order? : Rajasthan High Court to State Government [READ ORDER] 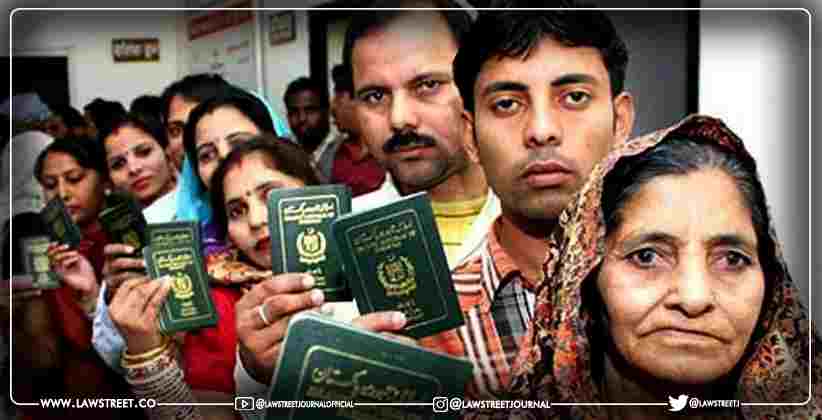 Judiciary Jun 15, 2021 Nancy Goyal ( Editor: Ekta Joshi ) 0 Shares
0 Shares
On June 3, 2021, the Rajasthan High Court asked the state government to explain why it was treating Hindu migrants from Pakistan ineligible for anti-Covid vaccination despite its clarification that the Centre’s vaccination norms make them eligible for it.A Jodhpur bench of the High court comprising Justice Vijay Bishnoi and Justice Rameshwar Vyas noted that after its order on May 28,2021, the letter was written by the National Health Mission under the Medical, Health, and Family Welfare...
Read full post 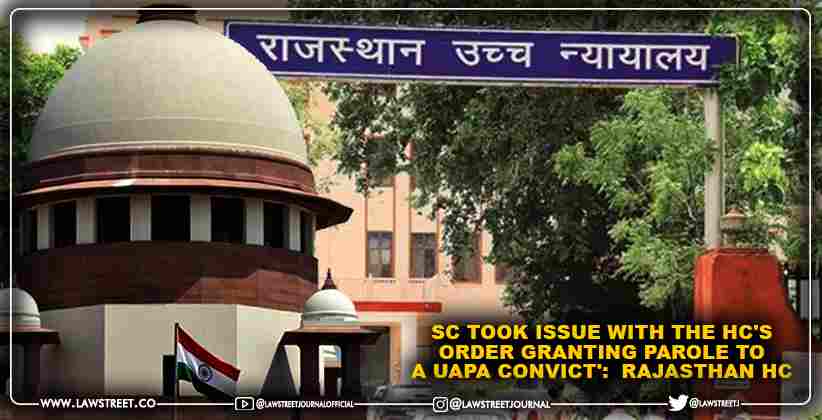 Judiciary Jun 14, 2021 Kartikey Garg ( Editor: Ekta Joshi ) 0 Shares
0 Shares
On Friday (June 11, 2021) the Supreme Court took issue with the High Court of Rajasthan's grant of parole to a UAPA convict, when the SLP was still pending before the Apex Court. The observation was made by a Division Bench of Justices Indira Banerjee and MR Shah while hearing an application filed by UAPA Convict Arun Kumar Jain, who is currently lodged in Central Jail, Jodhpur, seeking three-month bail on the grounds of his father's health. The current application was filed in a special...
Read full post