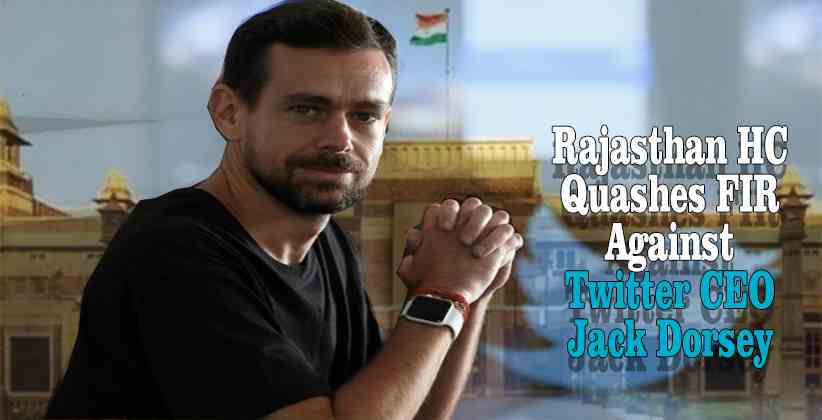 The Rajasthan High Court, on 7th April, 2020, quashed the FIR that was registered against Twitter’s CEO Jack Dorsey for allegations of “hurting religious sentiments and defaming Brahmins”. The Jodhpur Bench of the court held that the phrase ‘Smash Brahmanical Patriarchy’ “could not be construed as having any direct link with the religious sentiments of any section of society”.

The FIR had shared Jack Dorsey under Sections 295A, 500, 501, 504, 505 and 120-B of the Indian Penal Code, 1860 for holding a placard during a meeting which read “Smash Brahmanical Patriarchy”. The complainant alleged that such an act “amounted to spreading hatred against Brahmins and destroying Indian culture, and that people from other castes and communities would be incited to commit crimes against Brahmins”.

Dorsey responded by informing the court that the placard was merely a gift by a Dalit woman, who was at the event, with the photo of him being posted on twitter without his permission. It was later added that that Dorsey was not even aware of the "full and complex meaning of the placard”.

The court therefore held that the investigation based on the FIR was uncalled for, and did not disclose the necessarily ingredients of a cognizable offence and was thus quashed.