Rajasthan HC Stays Proceedings Against Arun Shourie and 4 Others, Calls for Record from CBI Court 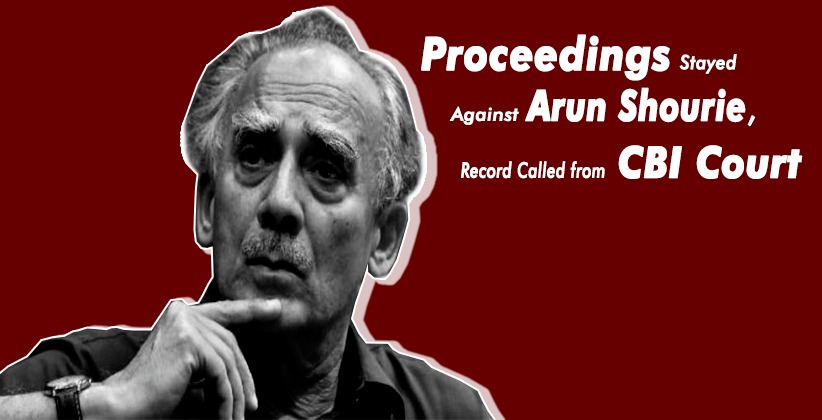 Judiciary Oct 24, 2020 Parul Singhal ( Editor: Ekta Joshi ) 5 Shares
5 Shares
The Rajasthan HC on Wednesday (21st October 2020) stayed the proceedings of a trial court, which had ordered the reopening of a probe against the former Union Minister, Arun Shourie, and 4 others over the sale of Laxmi Vilas Palace Hotel, Udaipur.

Justice Vijay Bishnoi has also called for the records of the case from the special CBI court while directing it not to proceed against the five petitioners until HCs further orders. Significantly, the matter against Arun Shourie dates back to the year 2001, when he was the Union Minister for Disinvestment and when the disinvestment of Laxmi Vilas Hotel, Udaipur took place.  The Court in its order noted, “In furtherance of the order dated 22.09.2020 passed by this Court in these matters, it is ordered that trial court shall not proceed against the petitioners pursuant to the impugned order till further orders”.