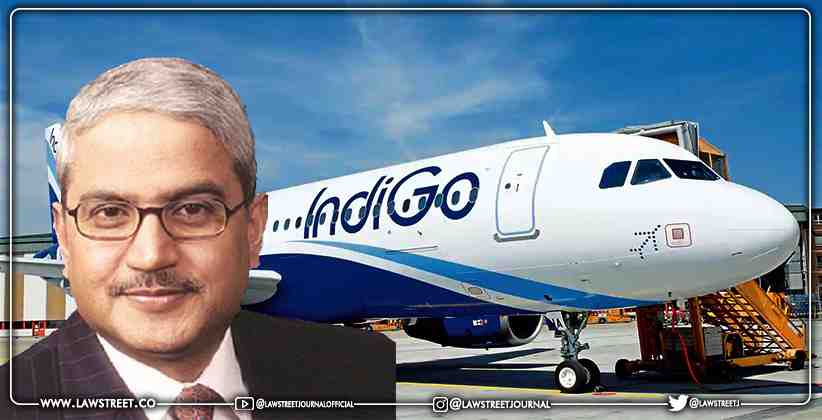 The Delhi High Court refused to hear a petition filed by Indigo co-promoter Rakesh Gangwal seeking to enforce an arbitration award issued by the London Court of International Arbitration on Friday (October 8, 2021).

The court ruled that the directions sought by Gangwal amounted to enforcement and could not be granted at this time. The court ordered Gangwal to pay a total of $25,000 in damages.

Harish Salve representing Gangwal said, “I have an enforceable award. Award asks for both sides should jointly take action to remove restrictions under Articles of Association.”

"Seeking to requisition for an EGM, we are inviting draft resolutions. We have to agree to the term of the resolutions that have to be passed. If they do not challenge this verdict, at least this process can be finished. There is no tearing hurry, let us begin this exercise," he added.

Senior advocate Abhishek Manu Singhvi, representing Bhatia, stated, "Rakesh Gangwal is seeking to enforce the award in this fashion. He is trying to pay the damages of merely $25,000, we’ll accept it. We have 90 days to consider legal options, we may consider a challenge."

"Indigo was not a party to the dispute but is facing consequences of the arbitral award. Award can’t be enforced in this fashion," Singhvi further said.

On Thursday, October 7, 2021, Gangwal filed a motion in court to have the arbitration award enforced. Earlier that day, on September 23, the London Court of International Arbitration issued its final decision in the proceedings brought by Bhatia against Gangwal. Both parties were given 90 days to enforce the order.

IndiGo stated in a filing to the Bombay Stock Exchange (BSE) on September 24 that no directions have been given to the company. However, directions were issued to both the RG Group and the IGE Group, IndiGo's parent company, in relation to the relief sought by both parties.

IndiGo stated that the award also directs the reimbursement of the company's costs incurred in connection with the IGE Group's arbitration.

However, Gangwal filed an appeal with the Supreme Court before the deadline and agreed to have the orders enforced within 90 days.

According to IndiGo's BSE filing last month, the IGE group sent a request for arbitration to the London Court of International Arbitration, India, on October 1, 2019, under a shareholders' agreement dated April 23, 2015. (Amended on September 17, 2015). The IGE group had sought various reliefs from the RG group, including compliance with the shareholders agreement, the company's articles of association (articles), and damages.

The legal squabble between Bhatia and Gangwal, IndiGo's two promoters, began on July 8, 2019, when Gangwal wrote to the Securities and Exchange Board of India (SEBI), the Prime Minister's Office, and the Finance Ministry, requesting intervention in several corporate governance issues and Bhatia Group's control over the airline.

Gangwal had requested an amendment to the company's Articles of Association to remove IGE Group's rights to the airline. He also raised concerns about third-party transactions, the current chairman's lack of independence, and the refusal to hold extraordinary general meetings (EGM).

In response, the IGE group stated that there is no evidence of any questionable third-party transactions between IGE and the airline.