Rape To Include Marital Rape For Purpose Of MTP Act: SC 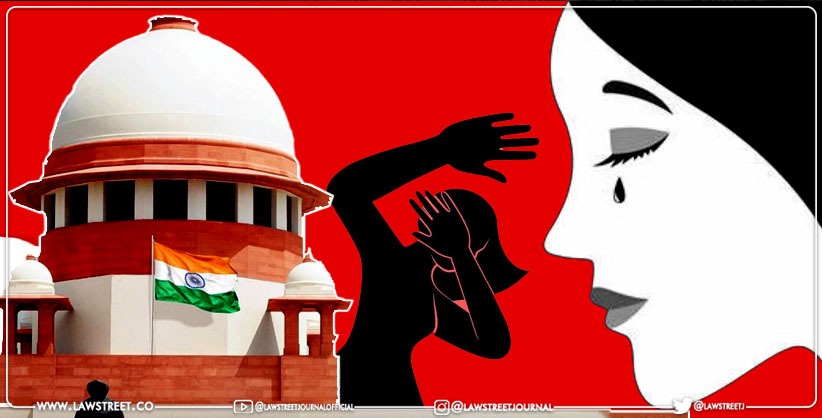 NEW DELHI: Holding that all women, including unmarried ones, are entitled to safe and legal abortion, the Supreme Court on Thursday declared that the meaning of rape would include marital rape, solely for the purposes of the Medical Termination of Pregnancy Act.

A three-judge bench presided over by Justice D Y Chandrachud said the State has a positive obligation under Article 21 of the Constitution to protect the right to health, and particularly reproductive health of individuals.

"Married women may also form part of the class of survivors of sexual assault or rape. We would be remiss in not recognising that intimate partner violence is a reality and can take the form of rape. The misconception that strangers are exclusively or almost exclusively responsible for sex- and gender-based violence is a deeply regrettable one," the bench said.

The court said that there is no requirement that an FIR must be registered or the allegation of rape must be proved in a court of law or some other forum before it can be considered true for the purposes of the MTP Act.

"Such a requirement would be contrary to the object and purpose of the MTP Act," the bench, also comprising Justices A S Bopanna and J B Pardiwala, added.

The court's judgement has come on a plea by a 25-year-old unmarried woman, who questioned the Delhi High Court's July 16 order declining her request to terminate her 24-week foetus, in view of her consensual relationship.

The bench also pointed out it is not inconceivable that married women become pregnant as a result of
their husbands having “raped” them. The nature of sexual violence and the contours of consent do not undergo a transformation when one decides to marry.

The court said in the context of abortion, the right to dignity entails recognising the competence and authority of every woman to take reproductive decisions, including the decision to terminate the pregnancy.

"Although human dignity inheres in every individual, it is susceptible to violation by external conditions and treatment imposed by the state. The right of every woman to make reproductive choices without undue interference from the state is central to the idea of human dignity. Deprivation of access to reproductive healthcare or emotional and physical wellbeing also injures the dignity of women," the bench said.

Giving a purposive interpretation of the MTP Act and Rules, the court said the rights of reproductive autonomy, dignity, and privacy under Article 21 give an unmarried woman the right of choice on whether or not to bear a child, on a similar footing of a married woman.

"The object of Section 3(2)(b) of the MTP Act read with Rule 3B is to provide for abortions between twenty and twenty-four weeks, rendered unwanted due to a change in the material circumstances of women. In view of the object, there is no rationale for excluding unmarried or single women (who face a change in their material circumstances) from the ambit of Rule 3B. A narrow interpretation of Rule 3B, limited only to married women, would render the provision discriminatory
towards unmarried women and violative of Article 14 of the Constitution," the bench said.

The court also declared in order to avail the benefit of Rule 3B(a), the woman need not necessarily seek recourse to formal legal proceedings to prove the factum of sexual assault, rape or incest.

In terms of reproductive rights and autonomy, the state has to undertake active steps to help increase access to healthcare (including reproductive healthcare such as abortion), it said.

"The state must ensure that information regarding reproduction and safe sexual practices is disseminated to all parts of the population. Further, it must see to it that all segments of society are able to access contraceptives to avoid unintended pregnancies and plan their families. Medical facilities and RMPs (Registered Medical Practitioners) must be present in each district and must be affordable to all. The government must ensure that RMPs treat all patients equally and sensitively. Treatment must not be denied on the basis of one’s caste or due to other social or economic factors," the bench said.