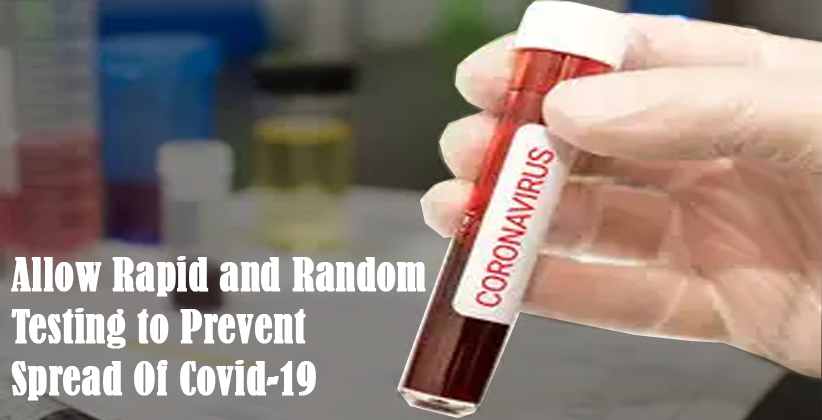 The Delhi High Court has received a Public Interest Litigation seeking directives to the government to conduct rapid and random testing of any person showing any symptoms of Coronavirus. The plea issued by three practicing lawyers Abhay Gupta, Anupam, and Prashant Arora also aims to quash Delhi government’s order dated June 2, 2020, which reinstated the new guidelines for COVID-19 testing criteria in Delhi tighter than those issued by the Indian Council of Medical Research (ICMR) on May 18, 2020, and also for restricting access to COVID-19 testing for the public at larger.

The PIL also contended that the respondents in accordance with the Director-General of the Health Service are allowing the testing of only symptomatic persons and that asymptomatic people are restricted from being tested. It was also reiterated that the government's order further restricts the testing for direct and high-risk contact. The major focus of the plea was that it would make it difficult for asymptomatic individuals for getting tested since they might have been exposed to infected people. Since earlier, it was noticed that family members or doctors and health care workers were tested even though they were asymptomatic. The major contention was that under the impugned order only those asymptomatic individuals would be tested who were at high-risk contacts like diabetic, hypertension, cancer patients, and senior citizens of a confirmed case.

The matter which is most likely to be heard on June 9, stated that respondents should increase the testing and the maximum number of people should be tested since the number of COVID-19 cases is rapidly increasing and the government is also planning to remove the lockdown slowly. The plea also elucidated that the ICMR guidelines encouraged more people to be tested, on the other hand, the respondents made the same testing more restrictive.