Judiciary Mar 13, 2021 Snehal Khemka ( Editor: Ekta Joshi ) 2 Shares
2 Shares
The Calcutta High Court in a recent judgement held that the Reserve Bank of India (RBI) is "State" under Article 12 of the Constitution of India and thus, a writ petition is maintainable against it. The single judge bench of Justice Sabyasachi Bhattacharyya made the observations while dismissing objections made to the maintainability of a writ petition filed under Article 226 of the Constitution against the General Manager, Consumer Education and Protection Cell (CEPC) of the RBI and the IndusInd Bank, among other respondents. The judgement further states that even private banks cannot seek refuge of being non-State actors, for the purpose of challenging maintainability of a writ petition against them, as their functions pertain to discharge of public duties, quoting

"Since the Reserve Bank of India is an instrumentality of the State, it comes squarely within the meaning of "State" as contemplated in Article 12 of the Constitution. Thus, the writ petition is maintainable."

Additionally, the benchrefused to apply the principle laid down by the Supreme Court in Federal Bank Limited v. Sagar Thomas & Ors., (2003) 10 SCC 733, that a writ petition under Article 226 of the Constitution is not maintainable against private banks in the case of M/s Pearson Drums & Barrels Pvt. Ltd. v. The General Manager, Consumer Education & Protection Cell of Reserve Bank of India and other.

At the outset, the Bench made the observation that the question raised by the Petitioner in the present writ petition is not restricted to the grievance of the petitioner solely, but also has a wider connotation insofar as the liabilities of banks in respect of refund of processing fees is concerned.The entire material being perused on record, the Bench same to a finding that the IndusInd Bank, while discharging its public duty which is within the domain of the State to discharge, acted de hors its own promise of refund on which the petitioner had acted.

"The Bank cannot now resile from its stand, which is revealed from a conjoint reading of the in-principle sanction letter and the e-mail asking for processing fees, that the entire processing fees would be refunded in the event the sanction did not go through from the end of the respondent no.4-Bank "by any reason"." 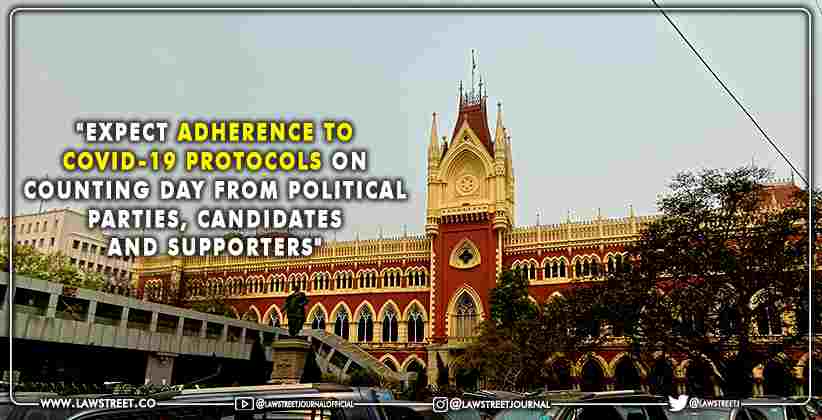 Judiciary May 01, 2021 Nargis Bano ( Editor: Ekta Joshi ) 2 Shares
2 Shares
On Friday (April 30th, 2021), the Calcutta High Court expressed hope that political Parties, their Candidates and the Supporters would follow the COVID-19 protocols on  May 2, 2021, the day for counting votes  in  light of the COVID-19 Pandemic situation. Acting Chief Justice Rajesh Bindal and Justice Arijit Banerjee presided over a public interest litigation filed regarding the adherence to the COVID-19 protocols during the counting of votes and declaration of the results...
Read full post 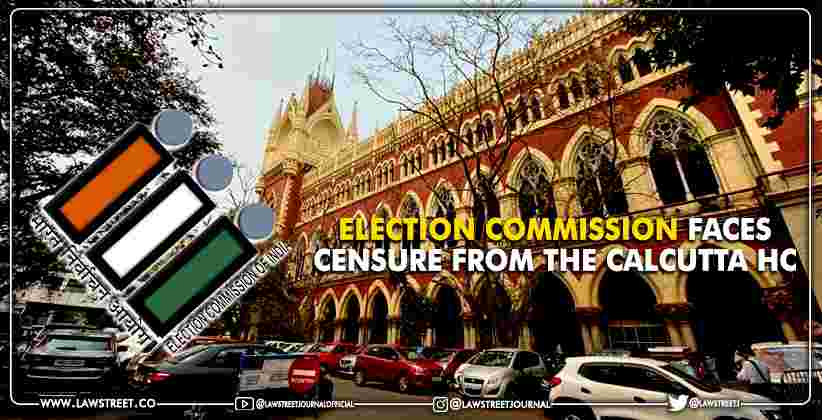 Executive Apr 24, 2021 Rashbana thansi ( Editor: Ekta Joshi ) 4 Shares
4 Shares
On Thursday (22nd April 2022), the Election commission faced censure from the Calcutta High Court over it's handling of the elections in West Bengal during the pandemic.Noted that on the last hearing, the Calcutta High Court had asked the  Chief Election Commission and the Chief Electoral Officer to utilize Government officials and police force as may be necessary to ensure strict compliance with COVID-19 Protocols and  guidelines with regard to the measures for implementation of the...
Read full post