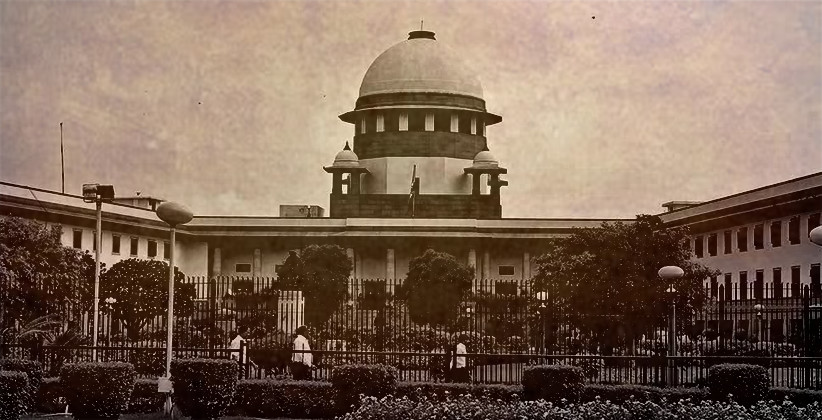 A petition has been filed in the Supreme Court seeking permission for re-construction of Guru Ravidas Temple in Tughlaqabad forest area which was demolished by the Delhi Development Authority (DDA) following the apex court's order.

Former members of parliament from the Congress party - Ashok Tanwar and Pradeep Jain Aditya have filed the petition seeking enforcement of their right to worship which, they alleged, "is being denied to them due to demolition" of the temple and 'Samadhi' in Tughlaqabad.

The temple's demolition on August 10, 2019, had provoked large scale protests by members of the Dalit community who follow Saint Guru Ravidas and in whose honour the temple site was revered.

The plea states that "The site at which the temple/Guru Dham and 'Samadhi' were present is pious and of immense faith to the believers as Saint Guru Ravidas had stayed at the site, and it was given to him by Sultan Sikander Lodhi in 1509.”

It said that the land, where the temple was situated, is of "utmost historical and religious importance" to all followers of Saint Guru Ravidas as the Guru himself had lived there.

"It is submitted that the site itself is pious and has been worshipped for the last 500-600 years and is protected as per the provisions of the Places of Worship (Special Provisions) Act, 1991," it said.

As the adjoining structures had been present there for the last 600 years and prior to any master plans, "no violation can be caused by a historical structure, which has come under green zone under laws which are subsequent to structure," the plea contends.

"Followers of Saint Guru Ravidas are Hindus from oppressed communities and have been historically discriminated, because of which they were given special constitutional protection through reservations," the plea said.

"These medieval saints, who are part of the sufi culture are a common heritage of the sub-continent. Accordingly, Kartarpur Sahib has been protected in Pakistan. However, instead of protecting our common historical and religious heritage, the Temple/Guru Dham was demolished," the plea further said.

The DDA had demolished the temple pursuant to the orders of the apex court, which had on August 9, 2019, observed that "serious breach" had been committed by Guru Ravidas Jayanti Samaroh Samiti by not vacating the forest area as earlier ordered by the top court.

Earlier, the Supreme Court had warned against politicising the temple's demolition and said it would initiate contempt proceedings against those provoking protests and demonstrations.