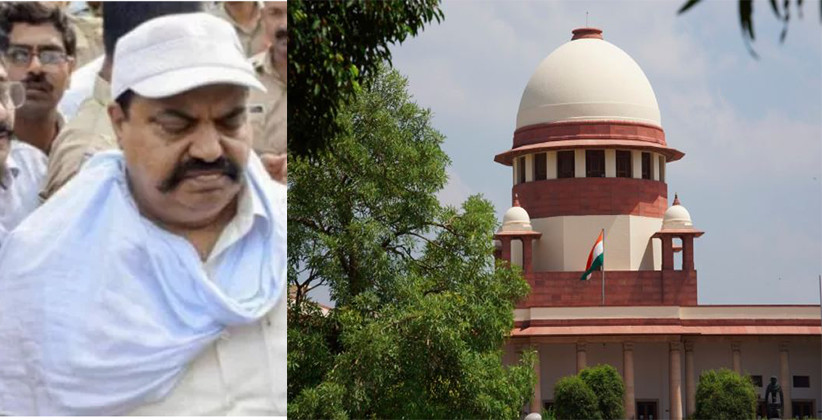 The Apex Court on 4th March, 2020 has refused to reconsider the decision to shift former Samajwadi Party MP Ateeq Ahmed from Deoria Jail to a high security prison in Gujarat. The CBI last year had registered a case against Ateeq Ahmed for allegedly assaulting and abducting real estate dealer Mohit Jaiswal in December 2018.

Further to which, the Court also declined the hearing of Ateeq's narrative. Advocate Sanjay Hegde, who is representing Ateeq said that his arguments were not even heard before the transfer order.

In April 2019, the Apex Court had issued orders for the jail transfer of Ateeq Ahmed. This decision came through after the factual data arose wherein it was reported that Ateeq had kidnapped the Lucknow based real estate businessman Mohit Jaiswal.

Ateeq coerced Mohit to enter his company in the name of Ateeq. The property worth crores of rupees was obtained by brutally beating Mohit Jaiswal.

After having escaped the scenario, Mohit registered a case to which the Deoria police got into action. Cognizance was taken on Mohit's appeal to which the Central Bureau of Investigation was ordered to probe into the matter.