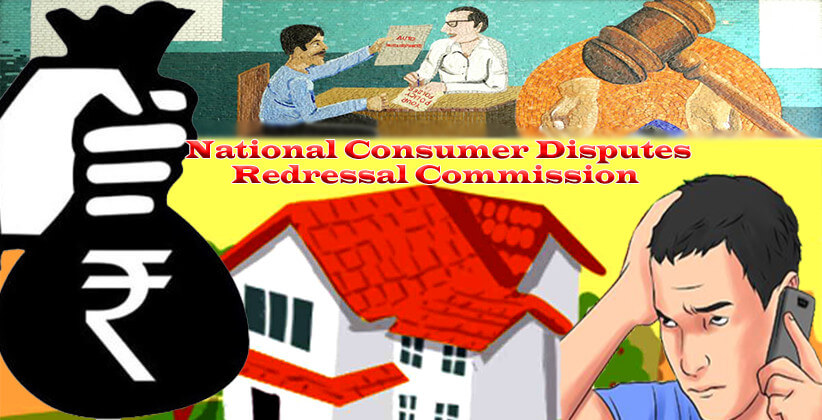 The National Consumer Disputes Redressal Commission (NCDRC) in an order dated July 1, 2019, has directed a builder to refund money to home buyers for delayed projects with interest rates similar to the rate for a house building loan in a corresponding period given by scheduled nationalized bank.

The NCDRC was hearing complaints filed against the builders Country Colonizers Pvt. Ltd. under Section 17 of the Consumer Protection Act, 1986. The builder had invited applications for residential project 'Wave Garden' in Mohali in which investments amounting to Rs 10 crore had been made by around 20 homebuyers. Despite promising to deliver the units within three years, the builder had failed to complete construction even after seven years.

The complainants had pleaded for obtaining a fair amount from the builder consisting of the refund of the deposited amount, with 'just and equitable interest' lump sum compensation and cost of litigation.

Observing that there cannot be two opinions about refunding the amount, the Commission held that: "that in respect of the interest on the amount deposited, 'it is always desirable and preferable, to the extent feasible and appropriate in the facts and specificities of a case, that some objective logical criteria be identified and adopted to determine an apt rate of interest. The rate of interest cannot be arbitrary or whimsical, some reasonable and acceptable rationale has to be evident, subjectivity has to be minimized. In our considered view, bearing in mind that the subject unit in question is a residential dwelling unit, in a residential housing project, the rate of interest for house building loan for the corresponding period in a scheduled nationalized bank (take, State Bank of India) would be appropriate and logical, and, if 'floating' / varying / different rates of interest were/are prescribed, the higher rate of interest should be taken for this instant computation."

Lumpsum compensation and a cost of litigation of 1 Lakh each was awarded to the buyers. The Court further held that the first charge on such amount would be to the banks, in view of the loans to facilitate transaction between the buyer and the builder, reasoning, that they function as per their rules and should not be unnecessarily and unjustifiably put to trouble in a consumer dispute substantively between the buyer and the builder.

It was further observed that once the amount awarded for deficiency in service was adjudicated, the onus on the builder would be prompt and dutiful in making necessary payments within the stipulated time.

“Any further harassment, difficulty, and helplessness for the ordinary simple consumer by delaying payments or making reduced payments etc. (if the adjudication is not stayed or quashed or modified by a higher authority/court) will be an unacceptable situation, to be viewed seriously - the harassment, difficulty, and helplessness of the consumer should end promptly and fully, the chapter should close. Therefore, if the builder co. delays the adjudicated payments beyond the time stipulated, it would and should attract higher / penal interest and other compensation/costs, which will be determined by this Commission if the contingency so arises,” the commission held.

Before disposing off the matter, the commission clarified that builder i.e. the juristic person along with the Directors as also its concerned functionaries are liable, individually, jointly, and severally in reference to ‘enforcement’ under section 25(3) and ‘penalties’ under section 27(1) of the Act.