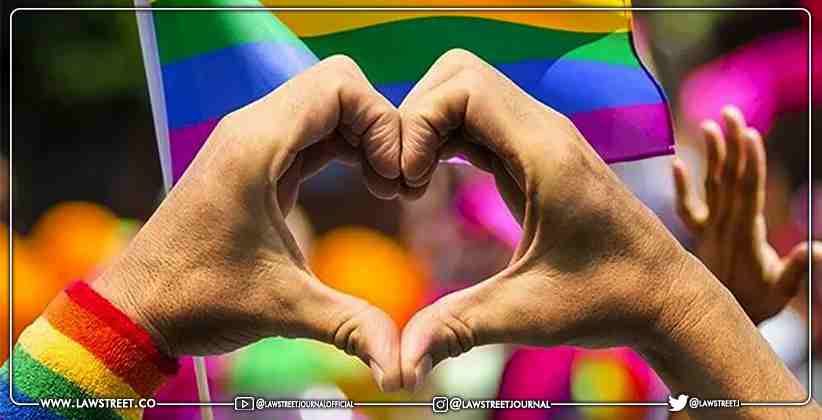 Sewa Nyaya Uttahn Foundation, an NGO moved the Delhi High Court seeking to intervene in the plea filed for registration of marriages of LGBTQIA couples under the Hindu Marriage Act, 1956.

The application filed through Advocate Shashank Shekhar Jha states that approval with regards to same sex marriage under Hindu Marriage Act and not in other Personal Laws existing in India will discriminate people from LGBT community on the basis of religion.

Based on the above grounds it was held that marriages should either be registered under secular law like Special Marriage Act or must be allowed under all religious laws such as Muslim Marriage Law and Sikh's Anand Marriage Act.

Furthermore, it was contended that as per Hinduism, Vivah is not a contract but a religious activity. Thus, it is contended that any attempt to change the Hindu Marriage Act in a way that it causes disruption in the age-old harmless beliefs of Hindus will be a direct intrusion by the secular state into the religious rights of Hindus that is guaranteed by the Constitution.

It further stated that-

“legitimizing such marriages under Hindu Marriage Act, 1956 is against Freedom of Conscience and Free Profession, Practice and Propagation, Religion as guaranteed under Article 25 of Indian Constitution."

CONSENT OF THE INTERVENOR

Furthermore, it states that "If it must be registered under Hindu Marriage Act, it must happen for all religions."

Earlier, the Centre had claimed that marriage is permissible between a biological man and a biological woman. It argued that there is a misconception of Petitioners regarding the case of Navtej Singh Johar v. Union of India, which decriminalized homosexual acts between adults in private.

The petition filed by Abhijit Iyer Mitra, in which the instant intervention is filed, seeks registration of marriages of LGBTQIA couples under the Hindu Marriage Act.

She has sought a direction to be issued to the Marriage Officer, South East Delhi, to solemnize her marriage with her partner under the Special Marriage Act. it is her case that the fundamental right to choose one's own partner for marriage under Article 21 of the Constitution extends to same-sex couples as well.

The plea moved by Joydeep Sengupta and his partner Russell Blaine Stephens prayed for a declaration from the Court that "a spouse of foreign origin of an Indian Citizen or OCI cardholder is entitled to apply for registration as an OCI under the Citizenship Act regardless of the gender, sex or sexual orientation of the applicant spouse."

The rationale behind the same is that since S. 7A(1)(d) of the Citizenship Act, 1955, does not distinguish between heterosexual, same-sex or queer spouses, a person married to an Overseas Citizen of India, whose marriage is registered and subsisting for two years, should be declared eligible to apply as a spouse for an OCI card.

The plea states the need for the legalization of marriages of Transgender persons. "The Union seeks to create classify men and women into two categories - "biological" and otherwise. Yet for the purposes of marriage, there is no intelligible differentia between the Petitioner and any other woman. The ability to procreate is not a condition of or for marriage under any law. Infertile couples can marry, elderly couples can marry, couples who have decided not to have children can marry” as contended in the petition.

The plea seeks recognition and registration of marriage of lesbian couples.

HEARING IN THE COURT

The application was mentioned before a bench of Chief Justice DN Patel and Justice Jyoti Singh today. The same is posted for hearing along with the main petition on February 3, 2022.

The High Court will also decide an application seeking live streaming of proceedings in the case concerning recognition and registration of same-sex marriages in the country.