'Relief against third party cannot be claimed in proceedings between husband and wife under Hindu Marriage Act': Supreme Court 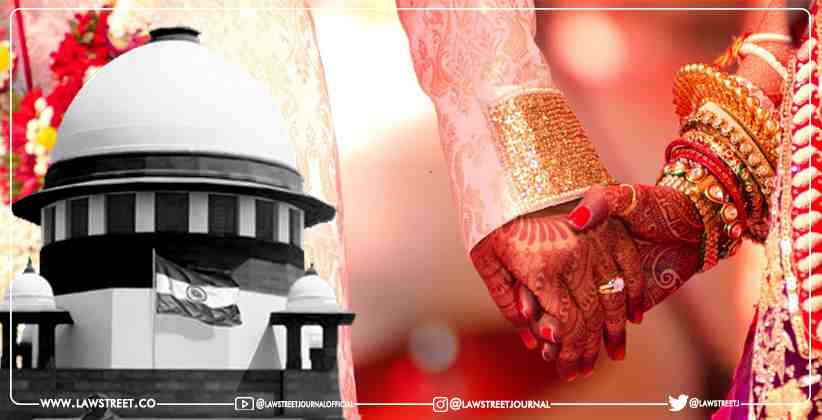 The Hon'ble Supreme Court has held that in a proceeding under the Hindu Marriage Act, 1955 between a husband and a wife, relief against a third party cannot be claimed.

The Court held so while rejecting a wife's plea to seek a declaration that the alleged marriage between her husband and another woman was void.

The facts of the case:

The marriage between the appellant and the respondent took place in 1987 according to the Hindu rites. Out of the said wedlock, they had a child, named ‘Devashya’ in 1990. The appellant was also a doctor, but it was the case on behalf of the appellant that after the birth of the child she stopped practicing as a doctor and remained a housewife.

The dispute arose between the husband and the wife and the respondent-husband filed a Hindu Marriage Petition before the learned Family Court under Section 13 of the Hindu Marriage Act, 1955 for dissolution of marriage, mainly on the ground that the appellant wife is guilty of cruelty.

She sought the following reliefs:

- the marriage between the petitioner with the said woman be declared is illegal, void and voidable and that the respondent-husband and the said woman are living in adultery; &

- the son born through the said marriage is the illegitimate child (named Dev) of the petitioner.

On a fair reading of Section 23A of the Hindu Marriage Act, the respondent in any proceedings for divorce or judicial separation or restitution of conjugal rights, may not only oppose the relief sought on the ground of adultery, cruelty, or desertion but also make a counterclaim for any relief under Hindu Marriage Act, i.e, on the ground of petitioner’s adultery, cruelty or desertion and if the petitioner’s adultery, cruelty or desertion is proved, the court may give to the respondent any relief under Hindu Marriage Act to which he or she would have been entitled if he or she had presented a petition seeking such relief on that ground, i.e., seeking a divorce or judicial separation on the ground of petitioner’s adultery or cruelty.”

Therefore, by way of counterclaim, the respondent in any proceedings for divorce or judicial separation or restitution of conjugal rights can pray for the relief by way of counterclaim only those reliefs which can be prayed and/or granted under the Hindu Marriage Act, 1955, namely, the relief under Section 9 (Restitution of conjugal rights); Section 10 (judicial separation); Sections 11 & 12 (declaration of marriage between the petitioner and the respondent void) and Section 13 (divorce).

Under the provisions of the Hindu Marriage Act, the relief of divorce, judicial separation, etc. can be between the husband and the wife only and cannot extend to the third party. Therefore, by virtue of Section 23A of the Hindu Marriage Act, it is not open for the appellant herein- original defendant to seek a declaration to the effect that the marriage between the respondent- original plaintiff and the third-party- Hinaben Manubhai Panchal is void.

No relief can be prayed by way of counterclaim even against ‘Dev’, the son born out of the alleged wedlock between the respondent- original plaintiff and the third-party- Hinaben Manubhai Panchal. In such a situation, the only remedy available to the appellant would be to file a substantive suit and/or initiate independent proceedings claiming such reliefs. But such reliefs cannot be claimed by way of counterclaim under Section 23A of the Hindu Marriage Act in the petition for divorce filed by the respondent herein against the appellant.

At the most, the appellant herein- original defendant by way of counterclaim could have claimed the relief and prayed for divorce and/or judicial separation on the ground of husband’s adultery. Beyond that, no relief which cannot be granted under the provisions of the Hindu Marriage Act can be claimed by way of counterclaim.

The appeal was allowed in part and the impugned judgment and order passed by the High Court was quashed and set aside by the Hon’ble Apex Court. The order passed by the learned Family Court was restored and the appellant- original defendant was permitted to amend the written statement as prayed by the original plaintiff. The amendment sought by the appellant qua para 37 was dismissed.

However, the appellant was given the liberty to initiate independent proceedings by way of filing a substantive suit and/or any other remedy which may be available to the appellant under the law with respect to prayer sought qua para 37.