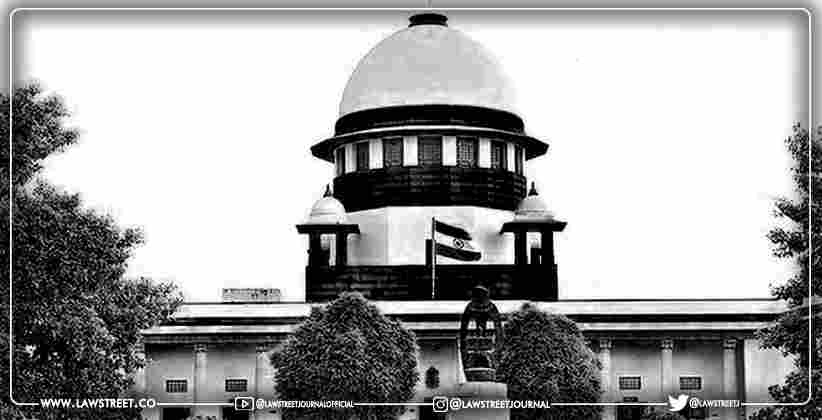 A bench of the Supreme Court comprising Justices UU Lalit and KM Joseph on May 17th, 2021, while dismissing the appeal of  activist Gautam Navlakha seeking default bail in the Bhima Koregaon case, observed in the judgement:

The guiding push in the contention in the matter arises from a prior judgement when the court dismissed Navlakha’s petition on May 12th, 2021, under which Navlakha wanted the 34 day period of Navlakha’s house arrest in 2018 to be included in his period of detention for the purpose of granting default bail under Section 167(2) of CrPC, as the house arrest period was declared to be unlawful by the Delhi High Court as it had found his arrest to be illegal and this illegal period cannot be included while computing the 90 days period prescribed for granting of default bail under Section 167(2) of the CrPC, which the appeal contends is not passed by the High Court of Delhi under Section 167 of the CrPC, citing the reason that what CrPC contemplated under the aforementioned Section is an order passed by a Magistrate, nudging the court to consider the issue whether a Court other than a Magistrate can order remand under Section 167 CrPC.

The court iterated its explanation by way of illustrations.

65. Let us, however, delve a little more into the issue. Let us take a case where a Magistrate orders a remand under Section 167 and at the same time, he also rejects the application for bail preferred by the accused. The accused approaches the High Court under Section 439 of the Cr.P.C. The court reverses the order and grants him bail. The accused who was sent to custody means police custody or judicial custody is brought out of his custody and is released on bail pursuant t the order of the High Court. This order is challenged before the Apex Court. The Apex Court reverses the order granting bail. The original order passed by the apparent that the accused goes back to custody. Since assuming that the period of 15 days is over and police custody is not permissible, he is sent back to judicial custody. Equally, if he was already in judicial custody, the order granting judicial custody is revived. Let us assume in the illustration that the accused was in custody only for a period of 10 days and after the order passed by this Court and the accused who spent another 80 days, he completes, in other words, a total period of custody of 90 days adding the period of custody, he suffered consequent upon the remand by the Magistrate. That is by piecing up these broken periods of custody, the statutory period of 90 days entitling the accused to default bail, is reached. Can it be said that the order of this Court granting custody should not be taken into consideration for calculating the period of 90 days, upon completion of which the accused can set up a case for default bail. We would think that the mere fact is that it is the Apex Court which exercised the power to remand, which was wrongly appreciated by the High Court in the illustration, would not detract from the custody being authorized under Section 167.

66. Let us take another example. After ordering remand, initially for a period of 15 days of which 10 days is by way of police custody and 5 days by way of judicial custody, the Magistrate enlarges an accused on bail. The High Court interferes with the order granting bail on the basis that the bail ought not to have been granted. Resultantly, the person who on the basis of the order of bail, has come out of jail custody, is put back into judicial custody or jail custody. The order is one passed by the High Court. The order granting custody by the High Court cannot be treated as one which is not anchored in Section 167 of the Cr.P.C. Therefore, we would think that though the power is vested with the Magistrate to order remand by way, of appropriate jurisdiction exercised by the superior Courts, (it would, in fact, include the Court of Sessions acting under Section 439) the power under Section 167 could also be exercised by Courts which are superior to the Magistrate.

Additionally, the court in resolving the contention pertaining to the issue whether the broken period of custody to be counted in while piecing together the total maximum period of custody beyond which the right to bail arises, observed:

“67. Therefore, while ordinarily, the Magistrate is the original Court which would exercise power to remand under Section 167, the exercise of power by the superior Courts which would result in custody being ordered ordinarily (police or judicial custody) by the superior Courts which includes the High Court, would indeed be the custody for the purpose of calculating the period within which the charge sheet must be filed, failing with the accused acquires the statutory right to default bail. We have also noticed the observations of this Court in AIR 1962 SC 1506 (supra). In such circumstances broken periods of custody can be counted whether custody is suffered by the order of the Magistrate or superior courts if investigation remains incomplete after the custody, whether continuous or broken periods pieced together reach the requisite period; default bail becomes the right of the detained person.

68. Equally when an order in bail application is put in issue, orders passed resulting in detaining the accused would if passed by a superior court be under Section 167.”