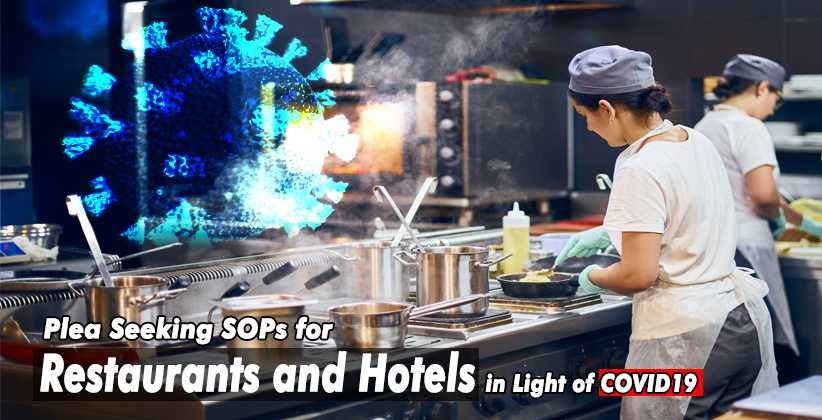 A petition has been filed through the Petition organization represented by Mr. Saurav Chadha and Ms. Jyoti Srivastav seeking the court to make Standard Operating Procedures (SOPs) for hotels and restaurants in Delhi. Moved by the Indian Law Watch, the petitioner sought directions to be issued to the Delhi government which is the present authority, and the Delhi Disaster Management Authority to provide the SOPs to hotels and restaurants in the current covid-19 pandemic situation.