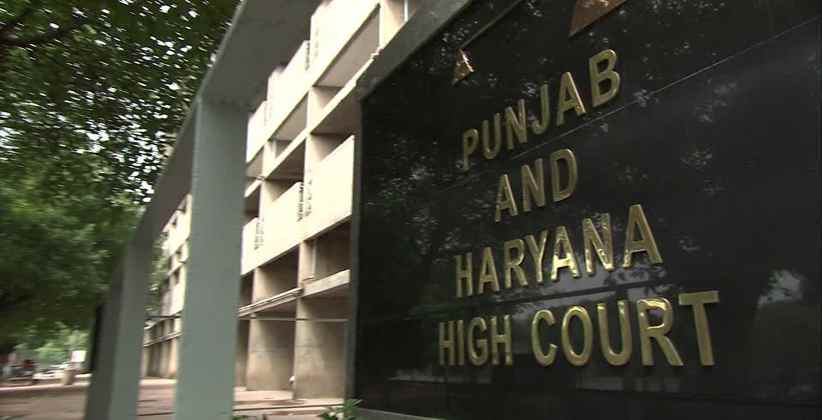 A Division Bench of Justices Rajiv Sharma and Ajay Tewari of the Punjab and Haryana High Court, in the matter of Mubeen Farooqi v. State of Punjab and Ors., has upheld the restrictions placed on the religious places due to COVID-19. The Court said that it will not substitute its wisdom for the wisdom of the Executive decision, which has been taken in the larger public interest.

The Public Interest Litigation was instituted by the petitioner, an Advocate by profession, and the President of the Muslim Federation of Punjab, Malerkotla making averments that the respondent States had imposed curfew/lock-down to avoid the spread of Coronavirus. The restrictions imposed by the Ministry of Home Affairs vide order dated March 24, 2020, were relaxed from time to time but no relaxation had been provided qua religious places. As Ramadan which is the most sacred month of the year in Islamic culture fell in between lockdown, he claimed that Mosque/Idgah is the best place to offer prayer during Ramadan and the period could be restricted to one hour for offering Jamaat/Namaz of Eid-Ul-Fitr and Dua. He had further averred that the places of worship i.e. Mosques/Idgahs, Gurudwaras, and Temples, could also be opened since the shops and markets had been permitted to open by maintaining social distancing.

Among the several authorities relied upon the Court from Indian, Australian and American cases, the case of Dr. M. Ismail Faruquui and others vs. Union of India and others, reported in (1994) 6 SCC 360, seems to have been instrumental in the Court arriving at its decision.

If we look at the restrictions qua religious places, as mentioned in the guidelines issued by

"9. All places of worship shall be closed for the public. No religious congregations will be permitted, without any exception."

The Court observed that the words used in the restrictions are pre-emptive and mandatory, without any exception. These restrictions apply to all religions. The Ministry of Home Affairs has though relaxed the imposed restrictions from time to time, but the restrictions imposed qua religious places have not been relaxed.

The Court further held that.

“The imposition of restrictions on religious places is in the larger public interest. There is reasonable nexus with the object sought to be achieved. The object sought to be achieved is that the persons should not gather in religious places to control the spread of Coronavirus. The guidelines have been issued strictly in conformity with the Disaster Management Act, 2005. The opening of religious places and holding of religious congregations cannot be ordered to be relaxed on the analogy of opening of business establishments. The imposition of restrictions is not repugnant to Article 25 of the Constitution of India. Article 25 guarantees that every person shall have the freedom of conscience and right to profess, practice and propagate religion, subject to restrictions imposed by the State, namely on the ground

(a) public order, morality, and health;

(b) to the other provisions of the Constitution;

(c) regulation of non-religious activity associated with the religious practice;

Regarding the action of executive, the Court held that it was a public policy and as such the scope of judicial interference in the policy matters is very limited.

“The policy decision can be challenged only if it is unconstitutional, arbitrary, or irrational. The closure of religious places of worship during the period of spread of Coronavirus, that too as a temporary measure, is a regulation and not prohibition. The restrictions imposed by the Ministry of Home Affairs do not violate any fundamental or legal rights of the petitioner or the similarly situated persons. The endeavor of the Ministry of Home Affairs is to break the cycle by maintaining social distancing”, the Court observed.

In a similar case, the Supreme Court of the United States of America had on May 29, 2020, by a majority of 5:4 rejected an application for temporary injunction filed by South Bay United Pentecostal Church against the restrictions imposed by Gavin Newsom, Governor of California on attendance in places of worship as a part of COVID-19 measures. To contain the spread of the COVID-19 epidemic, the Governor of California had passed an executive order that forced attendance at worship sites to 25% of the building's capacity or the maximum number of 100 in attendance.

Finding no merit in the petition, the Court proceeded to dismiss the same.