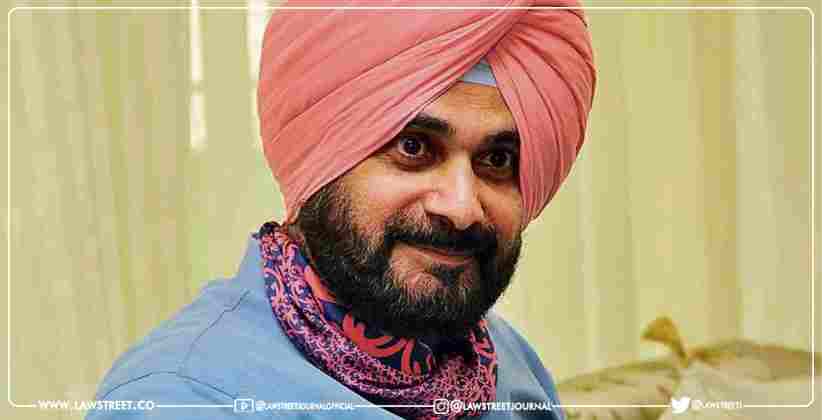 On 21st March’2022, the Supreme Court adjourned the review petition which was filed against its order of reduction of sentence of Navjot Singh Sidhu to Rs.1000 from 3 years imprisonment in a 1987 road accident case. Before the bench of Justice AM Khanwilkar and SK Kaul the review petition were listed.

On 25th February 2022, Navjot Singh Sidhu was asked by the Supreme Court to file a reply on the miscellaneous applications seeking punishment for him for the committal of murder. The applications held that Sidhu had committed Murder whereas he was being charged under Section 323 of Indian Penal Code 1860, i.e. for causing hurt.

The Senior Advocate Siddharth Luthra who appeared for the petitioner had submitted to the Supreme Court an application which sought the enlargement of the scope of notice.

Therefore, he referred to the Supreme Court’s judgement in Brij Pal Singh Meena to submit that a person who causes death should not be punished in the category of hurt. He argued that there was error apparent on the face of record in the judgement against which review had been sought. The 15th May 2018 verdict was taken as reference.

The Senior Advocate P Chidambaram who represented Sidhu objected the application seeking the enlargement of the scope. He submitted that, upon the analysis of the evidence it was concluded that this is not the case where the deceased’s death was caused by Sidhu.

The Senior Advocate P Chidambaram sought time to file an affidavit in this regard. He said, "It would not bring justice if the entire matter is heard again. We just got the application yesterday. Whether the judgment in Brij pal Singh Meena will apply in this case & whether 323 is correct or not? That's what your lordship wants me to address on. I will address."

A time of two weeks was granted by the Bench to Navjot Singh Sindhu to file a response to the application and also directed for the listing the matter after two weeks.

Navjot Singh Sidhu said that he had "an impeccable political and sporting career in the last three decades". Navjot Singh Sidhu through an affidavit urged the Supreme Court to not punish him more in a 33 years old road rage case.

The Affidavit states, “More than three decades have passed since the date of the incident. This Hon'ble Court in numerous cases considered fine as an adequate punishment if there has been a long passage of time from the date of offense. It is also relevant to point out that the answering respondent has had an impeccable political and sporting career in the last three decades. The respondent faced trial between 1994 and 1999 and abided by all the directions of the Trial Court and was eventually acquitted.”

It was also expressed in the affidavit that Sindhu while having undergone a sentence of 1 day has always abided by the directions of the Court below and the Apex Court.

The Supreme Court Bench consisting of Justice J Chelameshwar and Justice Kishan Kaul on 15th May 2018 had acquitted Sidhu from the charge under Section 304 i.e. Culpable Homicide not amounting to Murder in the road rage case which happened in 1998.

An appeal filed by Sidhu against a December 2006 Punjab and Haryana High Court verdict conviction and sentencing him to 3 years in jail in a road rage case for which the acquittal was granted. The Bench found Sidhu guilty under Section. 323 (voluntarily causing hurt) of the Indian Penal Code 1860, and also sentenced him with a fine of rupees 1000 only. Rupinder Singh Sandhu, his co-accused was acquitted of all the charges.

Case title: Jaswinder Singh(dead) Through Legal representative Vs Navjot Singh Sidhu and Others

Plea for Extra Chance in UPSC MAINS; ‘DoPT Will Have To Decide.’ Centre to Supreme Court.