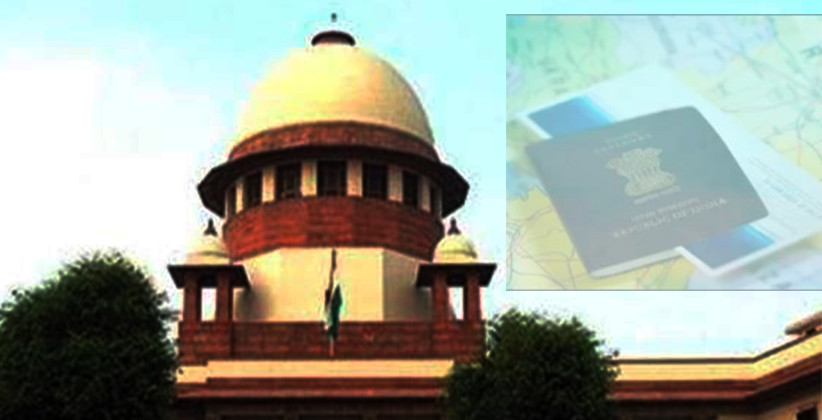 The Supreme Court on April 9, 2019, in the case of Satish Chandra Verma v. Union of India, has reiterated that right to travel abroad is an important basic human right.

A Bench comprising of JusticesL. Nageswara Rao and M.R. Shah was hearing an appeal filed by IPS Officer Satish Chandra Verma, who was denied permission to travel abroad on account of a pending departmental inquiry against him.

The appellant is an Inspector General of Police/Principal, Central Training College, Central Reserve Police Force at Coimbatore in Tamil Nadu. In his appeal, the appellant stated that a departmental inquiry is pending against him, on account of which the Central Administrative Tribunal (CAT) denied him permission to take a private trip abroad. This decision of the CAT was upheld by the Madras High Court.

Senior Counsel Indira Jaising, appearing for the appellant, submitted before the court that there were no criminal cases against the appellant, and that the initiation of the departmental inquiry against him was under challenge.

Ms. Jaising also informed the court about the permission granted to the appellant by this court earlier on May 8, 2017, to travel abroad pursuant to which he went abroad and came back as per schedule.

On hearing both the parties, the court observed that “The right to travel abroad is an important basic human right for it nourishes independent and self-determining creative character of the individual, not only by extending his freedoms of action, but also by extending the scope of his experience. The right also extends to private life; marriage, family and friendship are humanities which can be rarely affected through refusal of freedom to go abroad and clearly show that this freedom is a genuine human right.”

The court also placed reliance on its judgment in the case of Maneka Gandhi v. Union of India, where the right to travel was upheld.

Therefore, holding that pendency of departmental proceedings cannot be a ground to prevent the appellant from travelling abroad, the court set aside the order of the Madras High Court.

It also directed the appellant to furnish an undertaking to the Registry of this court that he will come back on June 6, 2019, the date on which his trip will end.