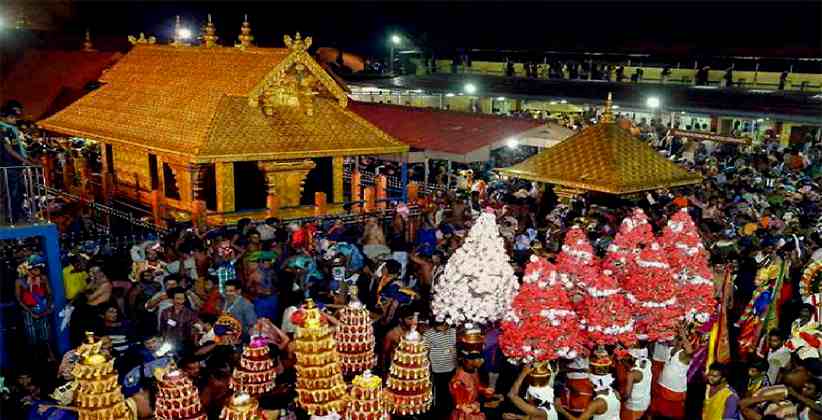 The Supreme Court's nine judge bench today (February 6, 2020) began the deliberations on the legal issues examining whether the top court can refer the questions of law to a larger bench while having the review jurisdiction exercised.

A five judge bench, by majority of 3:2 on the 14th of November, 2019 referred to a larger bench, the issue of discrimination against women at various religious places of worship. The majority held verdict by the former Chief justice - Ranjan Gogoi and Justices AM Khaniwilkar and Indu Malhotra decided to keep the plea in a review decision regarding to the issue of entry of women into the shrine as pending. And further said restrictions were not only limited to Sabarimala alone and prevailed in other religious places as well.

The updates from today's proceedings are as follows: