Home Judiciary Sabarimala Case: SC To Consider Objections Raised By Senior Advocate Fali. S. Nariman And Others On The Reference Made To Larger Bench
Judiciary 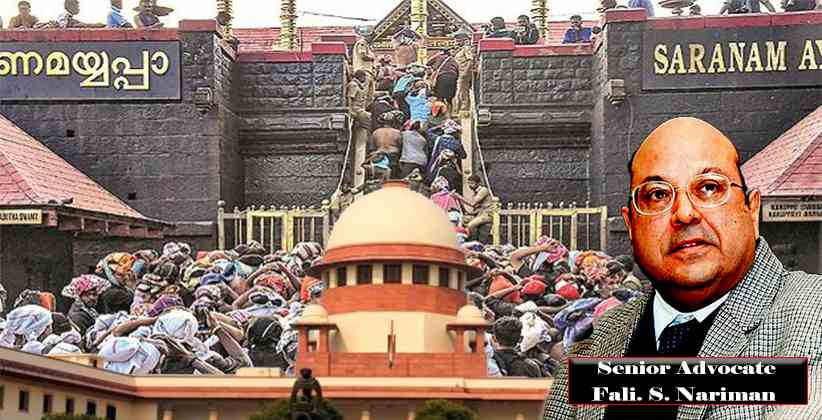 The Supreme Court, on February 6, 2020 is scheduled to consider the objections raised by senior advocate Fali S. Nariman and others regarding reference made to larger bench in the Sabarimala Case.

Nariman, along with other senior advocates had, on February 3, 2020 raised the objections while a 9-judge bench had assembled to frame issues for deliberation regarding discrimination against women in various religious places and various religions. A bench comprising of CJI SA Bobde, justices R Banumathi, Ashok Bhushan, L Nageswara Rao, M M Shantanagoudar, S A Nazeer, R Subhash Reddy, B R Gavai and Surya Kant had started the exercise to frame questions for determining the judicial path to adjudicate faith vs fundamental right issues arising in women's entry into Sabarimala temple, mosque and Parsi Agiyari.

Nariman made various submissions before the court. He said that law can be settled as and when cases come up before the SC but court cannot be called upon to answer such questions in exercise of review jurisdiction. He said that the legal issues were answered by bench of 5 in 4 to 1 majority and that a review petition against such a decision was limited in scope.

The court will, on Thursday consider the objections raised by Nariman and set the course for further proceedings.