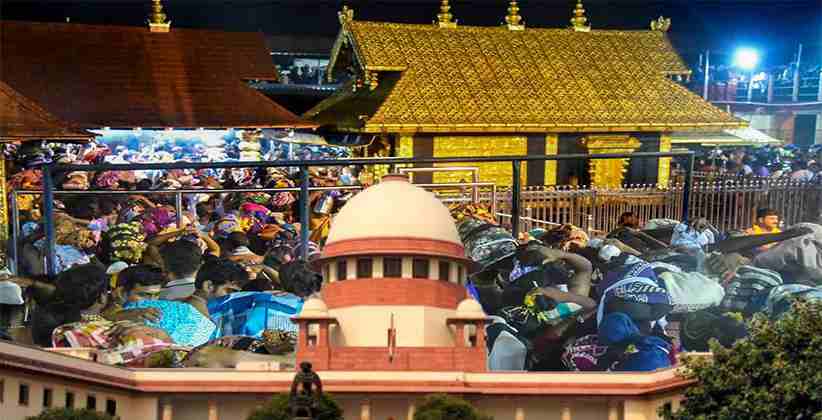 The Sabarimala case was mentioned in the Supreme Court today (January 30, 2020) by Senior Counsel V. Giri and Arvind Datar Giri seeking to hand over a chart setting out issues framed by them to the Court at 2 pm.

The Sabarimala issue is an ages old issue which first came to light in 1990 when a petition was filed seeking a ban on the entry of women inside the inner sanctorum of the temple. The Kerala High Court had recently upheld the restriction of entry of women of certain ages (10-50 years) inside the temple.

Later  a petition was filed in the Supreme Court, questioning the ban which even the Court found to be against the Constitution. The ban was discriminatory in nature and violated the right of Hindu women to pray and practice their religion.

The Sepember 2018 Judgment of the Hon’ble  Supreme Court with a 4:1 majority allowed entry for women of all ages in the temple. However, a shocking dissenting opinion came from the only Women judge  Justice Indu Malhotra. She said that the notions of rationality and reason can not be placed into religion.

After the Apex Court ruling, the State Government asked the Court for some time to implement the verdict in it's entirety as religious outlook is hard to change.

Similar instances have been seen in Nepal, majorly in the rural parts, where men think that menstruating women are impure and should be banished from home, even after laws have been passed, the perspective of society is hard to change.