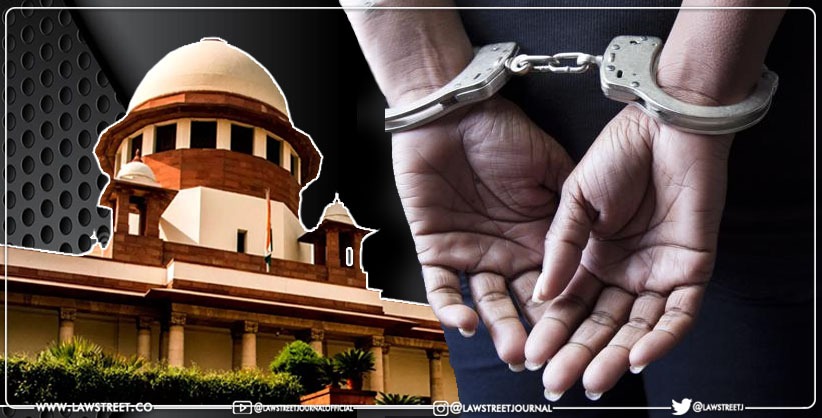 NEW DELHI: The Supreme Court on Friday said since preventive detention is a serious invasion of personal liberty, the authorities concerned must strictly adhere to whatever little safeguards provided under it.

A bench of Chief Justice U U Lalit and Justices S Ravindra Bhat and J B Pardiwala pointed out the normal methods open to a person charged with commission of any offence to disprove the charge or to prove his innocence at the trial are not available to the person preventively detained.

“The preventive detention is a serious invasion of personal liberty and the normal methods open to a person charged with commission of any offence to disprove the charge or to prove his innocence at the trial are not available to the person preventively detained," the bench said.

The bench said in cases of preventive detention, it becomes very imperative on the part of the detaining authority as well as the executing authorities to remain vigilant in passing the detention order.

Acting on a plea by Sushanta Kumar Banik, the top court quashed the preventive detention order passed by the Tripura government on November 12, 2021 and ordered his release forthwith from custody.

Banik approached the top court challenging the Tripura High Court order of June 1, 2022, which rejected his application questioning the legality and validity of the detention order.

The bench pointed out that it appears the order of preventive detention came to be passed essentially on the ground that in the past two FIRs were registered against the appellant for the offences punishable under various sections of NDPS Act and he is a habitual offender.

“However, what is important to note is that in both the cases registered under the NDPS Act, 1985, the appellant herein was ordered to be released on bail by the special court, Tripura,” the court said.

If the appellant was ordered to be released on bail despite the rigours of Section 37 of the NDPS Act, 1985, then the same is suggestive that the court concerned might not have found any prima facie case against him, the bench said.