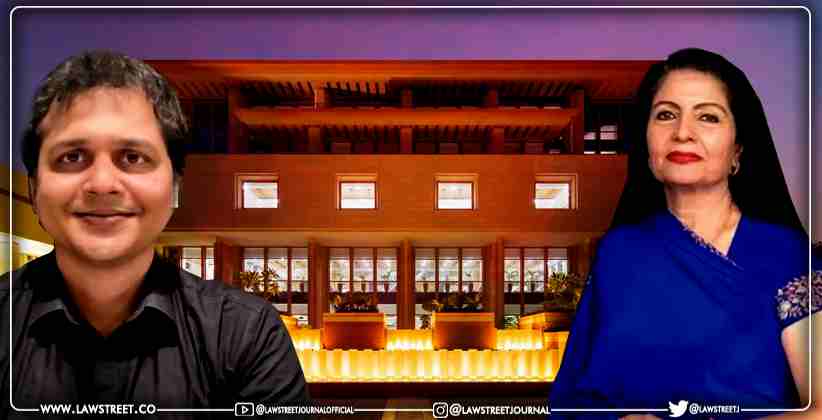 The Delhi High Court on Tuesday (July 13, 2021) directed journalist Saketh Gokhale to take down his tweets alleging that former Assistant Secretary to the United Nations Lakshmi Puri had purchased a certain property in Switzerland disproportionate to her income. Gokhale has also been barred from posting any defamatory content against Puri and her husband, Union Minister Harshdeep Singh Puri, on any platform.

Justice C Hari Shankar, in the order, has also directed Twitter to take down the tweets in case Gokhale fails to do so himself.

Gokhale, in his tweets on June 13 and 26, referred to a property purchase by Puri in Switzerland and raised questions regarding her and her husband Harshdeep Singh Puri (Union Minister of Housing and Urban Affairs)’s assets. He tagged Finance Minister Nirmala Sitharaman in the tweets while seeking an inquiry by the Enforcement Directorate.

“If an ex-Indian civil servant who’s with the BJP bought an overseas house worth $2 million (with no income other than salary) while in service, will ED investigate it?” tweeted Gokhale on June 13.

Challenging the remarks made in the posts, Lakshmi Murdeshwar Puri, through her counsel, filed a defamation suit seeking Rs. 5 crores in damages from Gokhale. She also sought directions from the court to take down or delete the tweets, wherein “false and factually incorrect, per se defamatory, slanderous, and libelous statements/imputations have been made by him” against her and her family.

Despite Puri’s response on the substantive points of contention raised by Gokhale he continued to send out tweets in order to create a false narrative despite clear clarifications offered on the platform.

Appearing for Puri, Senior Advocate Maninder Singh contended that the tweets were malafide and put out despite Gokhale being aware that the allegations were false.

“I will demonstrate how mala fide this gentleman is. Such uncontrolled people. I have worked for 28 years in the service. During my leave, I worked with United Nations,” Singh submitted.

Singh further claimed that Puri’s elder daughter had helped her with the money to purchase the flat in Switzerland.

“My elder daughter who is a banker in New York gave me 6 lakhs Swiss francs and I had a mortgage of 10 lakh Swiss francs. I have put these documents before Court. I was on leave, not on deputation as alleged by Gokhale. He knows everything. It is only an edifice created to blackmail me,” Singh contended.

Singh said that Puri and her husband have declared all their assets and Gokhale’s tweets amounted to a clear case of defamation.

Advocate Sarim Naved, Gokhale’s lawyer argued that as a citizen, his client has the right to go into the assets of public functionaries. The court then asked him as to what exercise had he carried out with public authorities before putting out the tweets on social media. To which Advocate Naved replied, “I do not need to”.

The court said it was unable to accept Gokhale’s submission that no due diligence is required to be carried out before posting messages on a social media platform. “Such a submission, if accepted, would place the reputation of every citizen in the country in serious jeopardy, and open to ransom at the hands of every social media vigilante, some of whose intentions may be less than honorable,” it said.

Observing that the right to reputation is recognized as a fundamental right, the high court asked Gokhale, also a freelance journalist, as to how he can vilify people, particularly when the tweets put out by him were prima facie incorrect. “So, any Tom, Dick, and Harry can write anything vilificatory against anyone on the internet?”, the Court asked.

It was “incumbent” upon Gokhale to carry out a preliminary due diligence exercise before posting the tweets, said Justice C Hari Shankar.

Justice Shankar observed that desecration of the reputation of a public figure has become a child’s play in the age of social media. “All that is needed is the opening of a social media account and, thereafter, the posting of messages on the account. Thousands of responses are received and, in the process, the reputation of the man, who is targeted, become mud,” added the court.

The Delhi High Court asked Gokhale to delete all the pertaining tweets but preserved his right to seek a modification to the order. The court passed the following directions:

The Court issued summons in the main suit and gave Gokhale four weeks’ time to file replies to the suit. Puri has been given two weeks thereafter to file counter. The matter has been listed for September 10, 2021.

Crime, Police And Law Jul 16, 2021 Pariyal Gupta ( Editor: Ekta Joshi ) Shares
0 Shares
The Delhi High Court on Wednesday (July 14, 2021) sent Rajeev Sharma to judicial custody for 14 days at the request of the Enforcement Directorate (ED). Rajeev Sharma, a Delhi-based freelance journalist was arrested earlier this month in connection with a money-laundering probe linked to alleged leakage and supply of sensitive information to Chinese Intelligence Officers. The Electorate Directorate while urging that Rajeev Sharma be sent to remand submitted that unearthing the end-use...
Read full post