Salary can't be withheld for not linking bank account with Aadhaar: Bombay HC 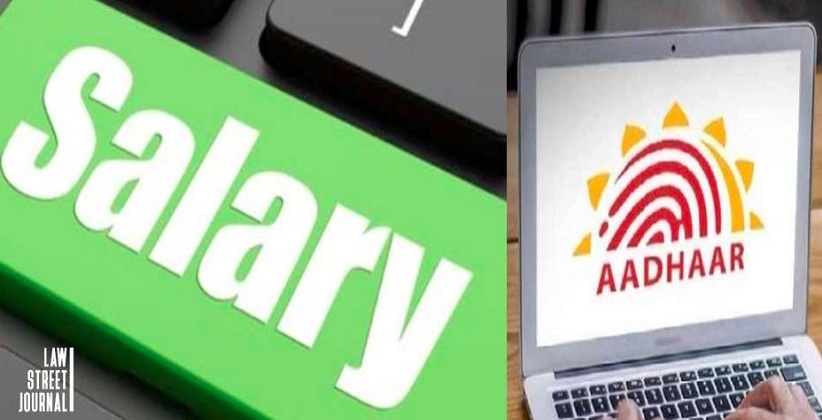 The Bombay High Court on November 19, 2018, questioned the Centre's decision of withholding the salary of a port trust employee since 2016 on the grounds that he had not linked his salary account with his Aadhaar.

A Division Bench comprising of Justices A.S. Oka and S.K. Shinde was hearing a petition filed by Ramesh Purale, working as a chargeman with the Mumbai Port Trust.

In his petition, Purale contended that his salary cannot be withheld over failure to link his bank account with his Aadhaar card.

Purale had challenged a letter issued to him by the Union Ministry of Shipping in December 2015, asking him to link his bank account, in which his salary was being credited, with his Aadhaar card.

He, however, refused to do so citing his fundamental right to privacy. From July 2016, he stopped getting his salary following which he filed a petition in the Bombay High Court.

To support his contention, Purale relied on the Supreme Court's judgment of September 26, 2018, on the Aadhaar card issue.

On hearing the case, the Bombay High Court questioned the Union government as to how it could take such a stand that it would not give salary to its employees because their Aadhaar card is not linked to their salary accounts.

"How can you (Centre) take a stand that salary will not be given to an employee because his Aadhaar card is not linked to the salary account?" Justice Oka asked.

"We have perused the apex court's judgment. Prima facie, we are of the view that the petitioner's salary cannot be withheld on the ground that there is failure to link Aadhaar card with the bank account," Justice Oka added.

The bench directed the government to pay the arrears to the petitioner and posted the petition for final hearing on January 8, 2019.