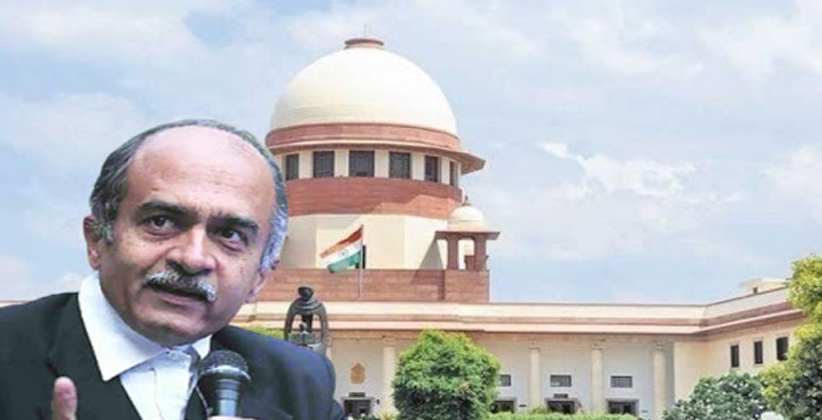 Prashant Bhushan passed some comments against the Supreme Court judges during an interview to Tehelka magazine 11 years ago, in 2009.

The Supreme Court on July 24, 2020, adjourned the hearing of a contempt case against Advocate Prashant Bhushan. The “contempt of court case” was filed by Advocate Harish Salve.

“We need to hear the matter, will give you time so as to let you prepare to your satisfaction,” a one-judge bench consisting of Justice Arun Mishra said to Senior Advocate Rajeev Dhavan, who was present on the side of Prashant Bhushan. The senior advocate mentioned that he requires a little time to analyze the previous records and get ready for the trial, as Advocate Ram Jethmalani, who was the previous representative for the Bhushan, passed away in 2019.

Congress politician Kapil Sibal, present on behalf of former Tehelka Editor-in-Chief Tarun Tejpal, also asked for some time, mentioning that a lot of years had passed, given the case was filed in 2009.

Senior Advocate Shanti Bhushan, of the age of 94, the father of Prashant Bhushan, desired from the court to be indicted in the case. But the court said: “Mr [Shanti] Bhushan, you are too senior to be impleaded. This is a suo motu issue and your argument is not a legal one, but an emotional one.”

During the interview Prashant Bhushan gave to reporter Shoma Chaudhury of Tehelka magazine, he accused half of the 16 previous chief justices of the Supreme Court to be corrupt. Bhushan admitted that he had no proof for his allegation, as was mentioned in the complaint filed against the lawyer. The advocate had also condemned former Chief Justice SH Kapadia for judging the Niyamgiri mining case involving Vedanta/Sterlite, even though he held shares in Sterlite.

A three-judge bench of the apex court had adjudged the contempt petition to be maintainable, on November 10, 2010. The case had been heard on 17 different occasions, with the last hearing being on May 2, 2012.

Prashant Bhushan is also being held for contempt in another case, which involves some of his posts (tweets) on Twitter. Twitter India is also party to the case and accused. The court mentioned that the tweets posted by Bhushan on June 27, 2020, and 29, 2020 contemptuous of the court. The first tweet commented about an undeclared emergency and the role of the Supreme Court and the last four chief justices of India. The second tweet was about Chief Justice SA Bobde trying a Harley Davidson superbike in his hometown Nagpur.

The Supreme Court had also held Bhushan contemptuous of the court in 2013 when he had made “disturbing remarks” against the judges hearing the coal scam. Bhushan had asked why the court did not take action against Attorney General Goolam E Vahanvati, in the UPA government, for allegedly lying in court. He then issued an apology to the court.

A little while back, in March 2019, Bhushan did not accept the apex court’s offer to “unconditionally apologize” to the court for asking that Justice Arun Mishra recuse himself from hearing a contempt plea against him. In February 2019, Attorney General KK Venugopal had issued a contempt petition in the Supreme Court against Bhushan for allegedly scandalizing the court with his tweets on the turmoil in the Central Bureau of Investigation.