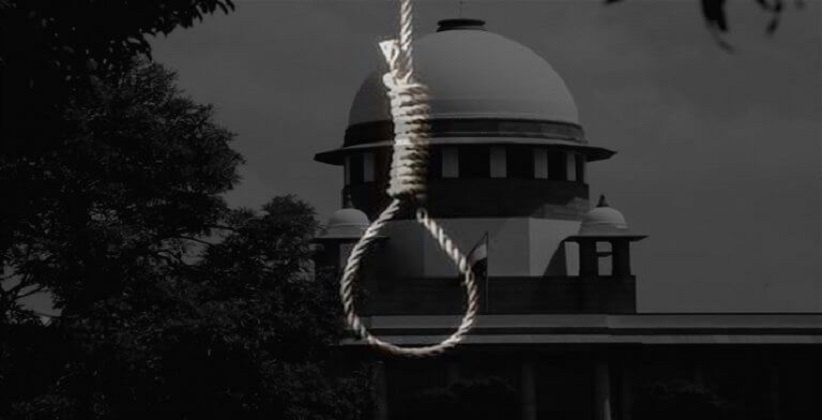 The Supreme Court on October 3, 2019, in the case of Ishwari Lal Yadav v. State of Chhattisgarh, has affirmed the death sentence awarded to a 'tantric' couple accused of murdering a boy, by performing the ritual of human sacrifice.

A Bench of Justice Rohinton Fali Nariman, Justice R. Subhash Reddy and Justice Surya Kant was hearing an appeal filed against the judgment passed by the Chhattisgarh High Court wherein the court had confirmed the order of the Trial Court which imposed death sentence on the two main accused, namely, Ishwari Lal Yadav and Smt. Kiran Bai for offence under Sections 302/34 read with 120B of the Indian Penal Code, 1860.

The allegations against Kiran Bai and her husband Ishwari Lal Yadav were as follows: Both of them believed in tantrism. Kiran Bai wanted to attain siddhi. She was also proclaimed as 'gurumata'. To propitiate the God, she asked her husband and disciples who are the other co-accused along with them, to get a small child for human sacrifice. For the purpose of sacrifice to God, Chirag, a child from their neighbourhood, aged two years then, was kidnapped and murdered in a gruesome manner, inside their house. Thereafter he was buried in the precincts of the house.

When the parents of the child, family members and other people of the neighbourhood were searching for the missing boy, they became suspicious from the loud music, emanating from the house of two main accused. They entered the house of Ishwari Lal Yadav and found five mounds of freshly dug earth. It was alleged that when the crowd asked the accused what had happened, Smt. Kiran Bai and Ishwari Lal Yadav confessed that they had sacrificed Chirag with the help of other co-accused and begged for mercy.

In regard to the confessional statement, the court said that “The confessional statements made to the police by the appellants, cannot be the basis to prove the guilt of the accused but at the same time there is no reason to discard the confessions made to the independent witnesses at the time when Chirag’s body was found, prior to the arrival of police. It is true that extra judicial confession, is a weak piece of evidence but at the same time if the same is corroborated by other evidences on record, such confession can be taken into consideration to prove the guilt of the accused. In the case on hand, the evidence from independent witnesses is in one voice and consistent. The medical evidence on record also substantiated the case of the prosecution. In addition to the same, PW-2 and PW-3 who are the parents of the deceased have identified the cloths, which the deceased child was wearing on the date of missing. It is also clear from the evidence that the skeletal remains were removed. They have also found the cloth pieces, attached to skeletal remains. The colour of such cloth pieces was tallied with the description in the missing report lodged by PW-2 earlier on 04.03.2010. As such it is clearly proved beyond any reasonable doubt that the appellants are responsible for the offence alleged against them.”

Thus on the basis of the confession made and after examining other pieces of evidence on record, the bench unanimously held that the instant case is a case of "rarest of rare cases" where death sentence" can be imposed.

The bench also confirmed the High Court judgment which awarded them imprisonment for life without any remission or parole in another case, in which they were found guilty of murdering a six year old girl for the purpose of human sacrifice.

While affirming the death sentence for murder of Chirag, the bench said: "In this case it clear from the evidence on record, the main accused, namely, Ishwari Lal Yadav and Kiran Bai have committed the murder of the two year old child Chirag as a sacrifice to the God. It is to be noticed, they were having three minor children at that time. Inspite of the same, they committed the murder of the deceased, a child of two years of age brutally. The head of the helpless child was severed, his tongue and cheeks were also cut. Having regard to age of the accused, they were not possessed of the basic humanness, they completely lacked the psyche or mindset which can be amenable for any reformation. It is a planned murder committed by the aforesaid two appellants. The appellants herein who are the main accused, namely, Ishwari Lal Yadav and Kiran Bai were also convicted on an earlier occasion for the offence under Section 302/34 and Section 201 of IPC in Sessions Trial No.98/2011 by the learned Sessions Judge, Durg, for similar murder of a 6 year old girl for which they were convicted and sentenced to death, but such sentence was modified on appeal in Criminal Appeal No.1068 of 2014 by the High Court of Chhattisgarh at Bilaspur and they were sentenced to undergo life imprisonment without any remission or parole. On appeal to this Court, the order of the High Court is. Such conviction for similar offence can be considered as aggravating factor. By following the guidelines as mentioned in the case of Sushil Murmu we are of the view that this is a case of "rarest of rare cases" where death sentence imposed by the trial court is rightly confirmed by the High Court."

Criminal Culpable Offence Shall Not Be Inherited By Heirs, Death Of An Accused Abates The Charges: Madras HC [Read Order]