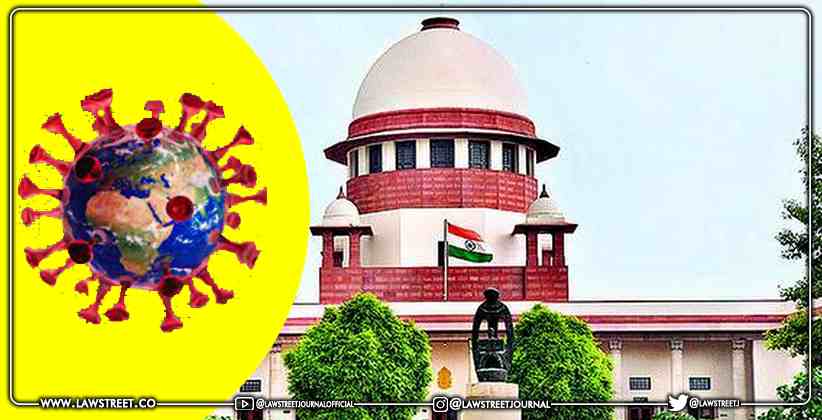 The Hon’ble Supreme Court in the case “IN Re Cognizance For Extension of Limitation” agreed to revive the suo moto orders extending the limitation period for filing cases in Courts and Tribunals in view of the rising cases of COVID in the country on 10th January 2022.

A bench comprising the Chief Justice of India NV Ramana, Justice L Nageswara Rao and Justice Surya Kant said that the Court is accepting the request made by the Supreme Court Advocates-on-Record Association (SCAORA) to restore the orders extending limitation.

The bench said that it will pass a detailed order in this regard.

Advocate Shivaji Jadhav, President of the SCAORA, submitted that the cases of COVID have been increasing across the country over the past few days and requested for restoration of the limitation extension orders.

Attorney General for India KK Venugopal supported the SCAORA plea and said "I think your lordships should accept".

The AG said that he has submitted a draft regarding the order to be passed. The CJI said that the order will be uploaded after examining the details. The AG submitted that the limitation might have to be extended with effect from October 2, 2021, the date of which the earlier extension ended.

The SCAORA filed the application in the suo moto case "In Re Cognizance For Extension of Limitation", seeking restoration of the order dated March 23, 2020, and April 27, 2021, whereby the statutory limitation period for filing of cases was extended in view of the pandemic.

The application filed through Advocate Abhinav Ramakrishna has stated that there has been a sudden and drastic change in the situation with regard to the pandemic, as a new variant more particularly Omicron has seen a drastic surge, and considering the alarming rate at which there is a rise in the mortality rate due to Covid and also the rise in the new cases, it becomes necessary to restore the relaxation with regard to the period of limitation.

It was pointed out in the application that a large number of the staff of the Supreme Court have also been affected by the new variant of the covid and thus it becomes all the more necessary to extend the period of limitation.

In March 2020, the Supreme Court had taken suo motu cognizance of the Covid-19 situation and resultant difficulties that may be faced by litigants across the country in filing their pleadings within the prescribed period of limitation.

Noticing that the country was returning to normalcy, the Supreme Court had on March 8, 2021, ended the extension of limitation with effect from 14.03.2021, observing that the COVID-19 situation has improved.

However, the orders were revived in the wake of the second wave of Covid-19 in April 2021. The same was withdrawn by order dated 23rd September with effect from October 2, 2021, after noting that normalcy was returning.