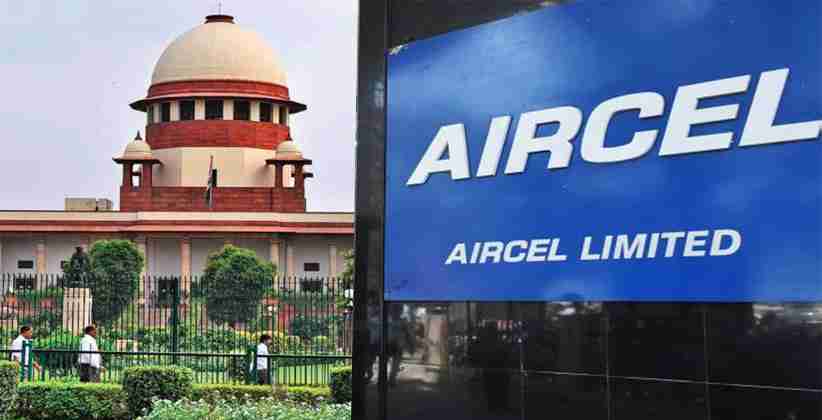 Aircel’s plea is been allowed by the Supreme Court to direct the NCLT (National Company Appellate Tribunal) to consider the questions framed by the court in the judgment of AGR case, dated September 1st, 2020. The Supreme Court directed the NCLT to consider questions like, whether TSPs can be said to be the owner based on the right to use them, the question about spectrum and whether the Government hold it as cestui que trust, different provisions about Indian Telegraphic Act, 1885, Indian Wireless Telegraphy Act, 1993 and Telecom Regulatory Authority of India Act, 1997 and questions about the transference of license were in its judgment.

The Court said “We consider it appropriate that the aforesaid various questions should first be considered by the NCLT. Let the NCLT consider the aforesaid aspect and pass a reasoned order after hearing all the parties. We make it clear that it is a jurisdictional question, it requires to be”. The court further said “Learned senior counsel, M/s. Ranjit Kumar along with Ravi Kadam, appearing for the applicants – Monitoring Committees of Aircel Ltd., Aircel Cellular Ltd. and Dishnet Wireless Ltd. (Respondent NO.9-Aircel Entities) submit that the Resolution Proceedings of the applicants has been approved by the NCLT under Section 31 of the Insolvency and Bankruptcy Code, 2016 and that an appeal has already been filed against the Approval Order of the NCLT by the Department of Telecommunications (DoT) before the National Company Law Appellate Tribunal (NCLAT).

Therefore, the proceedings in the case of the applicants pertaining to the Approval Order are at large and pending consideration before the NCLAT and not the NCLT. It is further submitted by learned senior counsel that the NCLAT may be directed to decide the questions framed by this Court in the case of the applicants……In view of above, we direct the NCLAT to first consider the various questions framed in paragraphs ‘18’ to ‘22’ of the Judgment, mentioned above, and pass a reasoned order in accordance with paragraph ‘23’ thereof”.

Aircel in its plea said that the Resolution Proceedings has been approved by the NCLT under Section 31 of Insolvency and Bankruptcy Code, 2016 and also that against the approval Department of telecommunications a plea has already been filed by them and hence the plea against the approval order is a question foe NCLAT and not NCLT. The case was of UNION OF INDIA THROUGH SECRETARY (S) VERSUS ASSOCIATION OF UNIFIED TELECOM SERVICE PROVIDERS OF INDIA AND ORS.

Indian Judicial System Would be in Jeopardy if Each and Every Devotee Is Allowed to Institute Cases Claiming Krishna Janmbhoomi: Mathura Civil Court