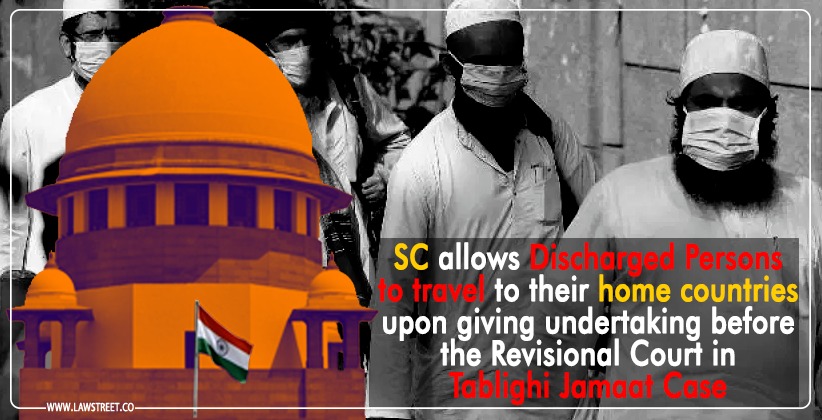 “The rest of the petitioners have also been discharged but no revision application has been against them so far,” she said.

The learned Additional Solicitor General submitted that even other petitioners may give undertaking/bond, as given by other 8 petitioners before the Revisional Court, whereupon their request to permit them to return to their home country can be considered appropriately by making representation to the Nodal Officer, subject to compliance of conditions specified in the undertaking/bond.  The Supreme Court further requested the High Court to dispose of the petitions made under Section 482 of Criminal Procedure Code, 1973 (against the order refusing to allow prayer of plea bargaining, before the High Court of Judicature at Allahabad pertaining to criminal cases registered in the State of Uttar Pradesh) expeditiously, preferably within eight weeks  from today.

“The rest of the issues raised in these petitions will be taken up for consideration in the last week of March, 2021 on a non-miscellaneous day, at the bottom of the miscellaneous list,” the top court further stated.

BACKGROUND OF THE CASE: The Tablighi Jamaat, a religious congregation was held at the New Delhi headquarters (Markaz Banglewali mosque in Nizamuddin) in early March 2020, wherein thousands of people including senior preachers from Saudi Arabia, Malaysia and Indonesia where Covid-19 had already spread were present. The gathering was held in contravention of the COVID and lockdown guidelines at the time. A case was later filed against Tablighi Jamats when in an operation that lasted five days, the Delhi Police evacuated close to 2,361 people from the mosque. It was reported that the meeting of the Tablighi Jamaat was the reason behind 20% of total reported cases so far, with 19 casualties across different states.    [READ ORDER]