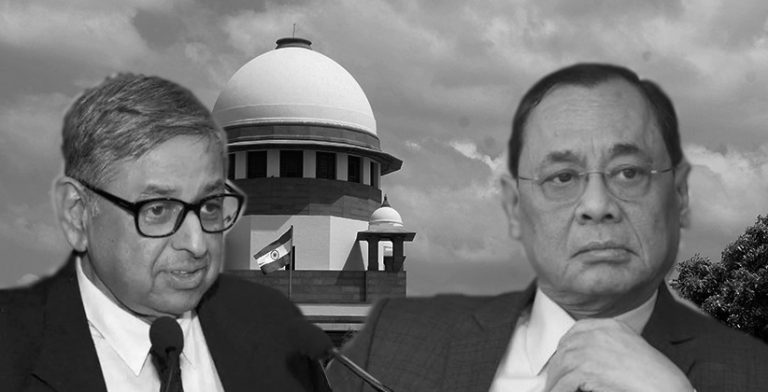 The Supreme Court on May 29, 2019, in the case of Ansar Nisha v. The State of Tamil Nadu and Others, has set aside a Madras High Court order which refused the request of the wife of a murder-convict to stay with her in-laws.

A Bench comprising of Chief Justice of India Ranjan Gogoi and Justice Aniruddha Bose was hearing an appeal filed by one, Ansar Nisha against the order passed by the Madras High Court.

In this case, the brother of Ansar Nisha had filed a Habeas corpus petition before the High Court alleging her illegal detention/custody at the hands of murder convict, Tajudeen, who is currently serving life imprisonment in Central Prison, Salem.

The woman appearing before the High Court told the Bench that she is not willing to go with her mother, but would prefer to stay with in-laws of Tajudeen.

However, the High Court taking into consideration 'the safety and well-being of the detenue', directed her to be housed in a home at Madras Christian Council of Social Service. The court further directed that nobody shall be permitted to see the detenue during this period.

On April 29, 2019, the woman reiterated her intention to stay with in-laws but the High Court ordered her to continue her stay in Madras Christian Council of Social Service. Aggrieved by the said orders, the woman moved the Supreme Court.

The apex court taking note of the fact that the woman is a major (22 years) and has expressed her desire to stay with the family of her husband, said that “we do not see how the High Court could have passed impugned interim order directing the appellant to be housed in the home at Madras Christian Council of Social Service…The appellant being a major would have a right to choose to stay in the house of her husband along with the relatives of the husband.”

The court observed that she is clear of her intention to stay with her in-laws in their house and not with her parents. If that is so, we find no justification for the High Court to pass the impugned order, said the Bench.

Consequently, the Bench set aside the order of the High Court and directed forthwith release of the appellant, Ansar Nisha from home at Madras Christian Council of Social Service.