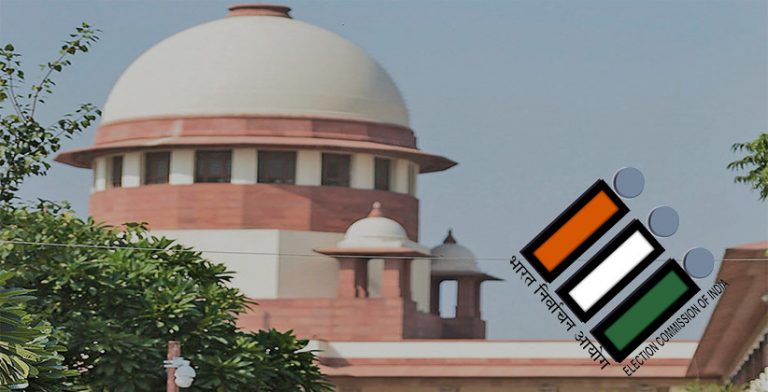 The Supreme Court today (April 12, 2019) has asked all political parties, who have received donations through electoral bonds, to submit detailed particulars of donors along with full particulars of the electoral bond to the Election Commission of India in sealed covers by May 30, 2019.

A Bench comprising of Chief Justice of IndiaRanjan Gogoi and JusticesDeepak Gupta and Sanjiv Khanna ordered "All political parties to submit details of bonds received till May 15 by May 30 to the Election Commission in sealed cover.”

The order was passed on a petition filed by NGO Association of Democratic Reforms.

The NGO has challenged the validity of the scheme and sought that either the issuance of electoral bonds be stayed or the names of donors be made public to ensure transparency in the poll process.

Appearing for the petitioners, Prashant Bhushan submitted before the court that an electoral bond is like a promissory note wherein the donor’s name is not on the instrument. The donor, who is the purchaser of the bond, remains anonymous and their details are not obligated to be disclosed to the Election Commission or Income Tax authorities.

“Anonymous funding has opened the flood gates for corruption,” Bhushan had argued.

Senior Counsel Rakesh Dwivedi, appearing for the Election Commission of India told the court that they are not opposed to the scheme of electoral bonds, however, they are against the non-disclosure of the donor’s name.

In an affidavit submitted by the Election Commission, they had stated that they had expressed their concerns over the scheme to the Centre before the passage of the Bill. Further, they also communicated their fear on foreign funding coming into Indian political discourse as it could lead to the influence of foreign companies on Indian policies.

Attorney General for India K.K. Venugopal, for theCentre vehemently supported the scheme saying the purpose behind it is to eliminate the use of black money in elections and asked the court not to interfere with it at this stage and examine whether it has worked or not only after the elections. "So far as the electoral bond scheme is concerned, it is the matter of policy decision of the government and no government can be faulted for taking policy decision," Venugopal told the court.