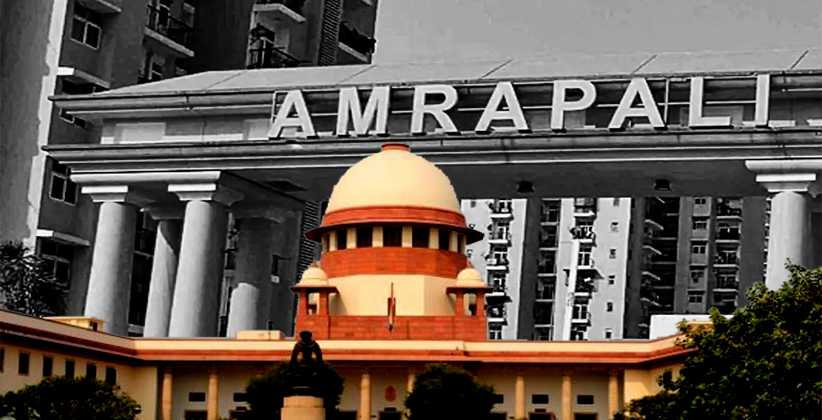 On Thursday (August 13,2020), a bench of the Supreme Court gave the Centre a week to indicate the funds which it can provide for the completion of the stalled Amrapali housing projects under the distress fund corpus of Rs. 25,000 Crore setups to revive their construction.

The bench of Justice Arun Mishra and Justice U.U. Lalit told the Solicitor General Tushar Mehta that if the Centre does not give is response by Wednesday ( August 19,2020), then the court will be forced to pass orders in the exercise of its powers under Article 142 of the Constitution.

Disappointed over the delay of sourcing funds, the bench told Mehta, “you are not giving any fund in a court-monitored project that we want to revive. We are trying to persuade everyone, but nobody is doing anything. SBICAP is creating every kind of problem. Now they want to levy 12% interest (on the loan they would offer). SBICAP is negotiating like a private player. This not the way SBICAP should behave and are the Center’s hands tied.” The court asked Mehta to use his good offices and ensure that the fund is arranged and also asked him that if the distress fund is created then why is it not being used?

SBICAP is the fundraiser, represented by Senior Advocate Harish Salve, which had agreed to provide the fund of Rs. 995 Crore out of Rs. 25,000 Crore for the stressed real estate project set up by the government. It informed the court on Thursday that certain “sticky points” on the choice of project and mode if pricing has delayed infusions of the fund and sought a week to get back with a formal proposal.

The court has canceled the registration of the real estate firm under the Real Estate (Regulation and Development) Act in July 2019 since then the court is monitoring the whole Amrapali Project. The cancellation was followed by a forensic audit which informed that the director of the firm was allegedly diverting the homebuyer’s money. After that court gave the task to complete the project to National Building Construction Corporation (NBCC).

A committee consists of two forensic auditors and a court receiver, Senior Advocate R. Venkatramani, was formed to carry out the auctioning of Amrapali properties and to examine the possible sources of funding. Venkatramani told the court on Thursday that he is not receiving any response from the Centre and he himself is in talks with SBICAP (SBI Capital Ventures). He also informed the court that he is willing to talk with public sector banks, a consortium which could help to finance the project and secure the payment against the inventory of unsold flats in various Amrapali project. The bank allowed the receiver to proceed with the decision and present a plan by the next date.

Quarantine Period of Doctors & Health Workers to Be Considered as Their ‘Duty’ Period: Centre to SC