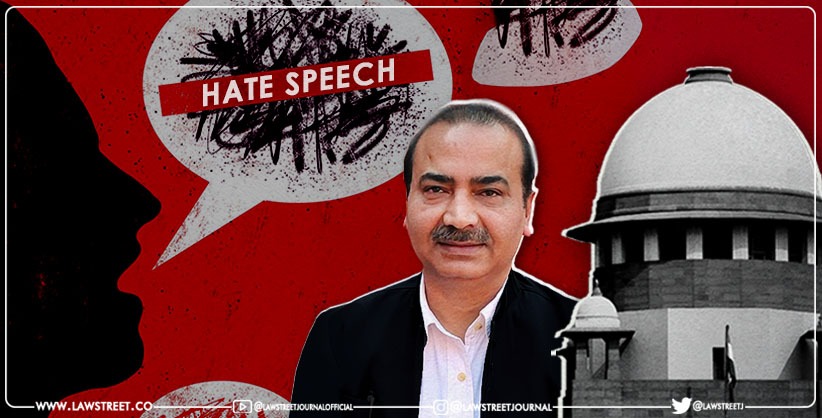 NEW DELHI: The Supreme Court on Wednesday came down heavily upon Television Channels on the subject of hate speech and asked the Union government as to why it was standing as a "mute spectator".

Wondering where the country is heading to, the top court asked the Union government as to why it was taking it as trivial issue.

"Hate speech poisons the very fabric of our country, it can't be permitted. Political parties will come and go but the nation and institution of free press will endure. We should have true freedom, and the government should come forward to take a stand," a bench of Justices K M Joseph and Hrishikesh Roy said.

Without naming TV channels, the court said nowadays anchors don't allow their guests to speak, run them down, mute them and become discourteous too.

"All this is going in the name of freedom of speech. It is sad if nobody making them accountable," the bench said, adding the free speech also included the right of the viewers.

"Until institutional mechanism is put in place, people will continue like this. We should have proper legal framework," the bench added.

Hearing a batch of PILs including by BJP leader and advocate Ashwini Kumar Upadhyay for framing a law to control hate speech and rumour mongering, the court deliberated on the role of media including the Television Channels.

The court cited previous SC judgements in Vishakha and Tehseen Poonawalla cases to saying some guidelines could be framed for the TV channels after considering the Centre's response.

The bench said the Union government should not take the matter as adversarial and take it up as an opportunity to bring out some legislation.

After hearing Additional Solicitor General K M Nataraj and advocate Sanjay Kumar Tyagi for the Union government and senior advocate Sanjay Hegde, and others, the court asked the Centre to file a response within two week.

It put a specific query to the Centre if it is contemplating any legislation to control hate speech in terms of the Law Commission of India's report cited by Upadhyay.

It asked Hegde to assist by collating points from writ petitions filed in the matter.

The Centre, on its part, said following the top court's order of July 21, it had received response from only 14 states on the issue.

Highlighting the role of media, the court said, it is not to take orders from anyone if it is independent.

"You (media) should foster constitutional values, everybody is part of this republic. Everybody belongs to this one nation," the court said, adding hate speech can take place in various forms like running a slow campaign against a community.

The court posted the matter for further hearing on November 23.