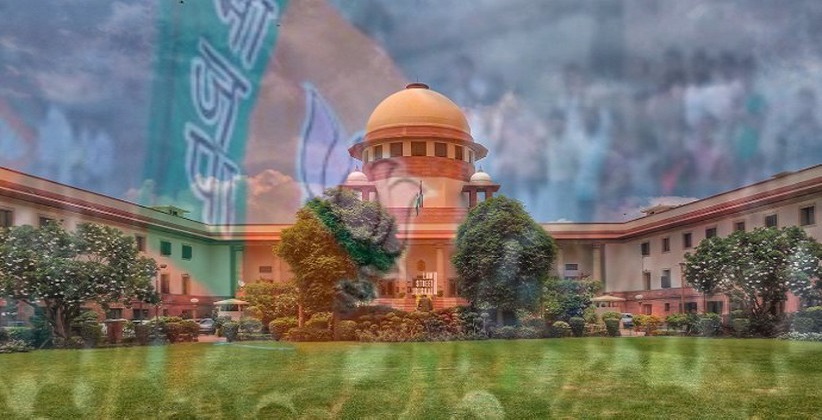 The Supreme Court on January 15, 2019, declined to grant permission to Bharatiya Janata Party (BJP) to hold its proposed Rath Yatra in West Bengal.

However, the top court has asked the Party to submit a modified proposal to satisfy the state government’s apprehensions on law and order issues.

The order was passed by a Bench of Chief Justice of IndiaRanjan Gogoi and JusticesL Nageswara Rao and Sanjay Kishan Kaul.

While the court has put restrictions on holding the Rath Yatra in the State, it has directed the state government to permit all public meetings and rallies.

Senior AdvocateMukul Rohatgi, appearing for BJP, submitted before the court that the case involves a Constitutional question and the State was infringing upon the petitioner’s fundamental right under Article 19(1)(a).

Senior AdvocateAbhishek Manu Singhvi, representing the State of West Bengal, submitted that the state has no objection in giving permission for public meetings organised by the petitioner. However, the issue was with respect to moving yatra which is likely to pass through communally sensitive areas.

Hence, the court asked the BJP to submit a modified proposal to satisfy the state government’s apprehensions on law and order issues. Upon submission of the proposal, the government will consider the matter and pass appropriate order keeping in mind that the case involves exercise of fundamental rights under Article 19(1)(a).

“Insofar as the Rath Yatras are concerned, it will be open for the petitioner to submit a further modified proposal, which meets and answers the apprehensions of the State Government, so far as maintenance of law and order is concerned. Once such a proposal is submitted, the State Government will consider the matter and pass appropriate orders keeping in mind that the present involves a case of exercise of the fundamental rights, inter alia, under Article 19(1)(a) of the Constitution of India. It is in that spirit that we expect the State Government to deal with the matter on receipt of such revised proposal as may be submitted,” the court said.

By this order, the court has effectively upheld the order of a Division Bench of Calcutta High Court which had upheld the State government’s decision to deny permission for the Rath Yatra.