Home Judiciary Supreme Court Declines To Entertain Application For Removal Of Protesting Farmers From The Sindhu Border; States That They Are Not The Court Of First Instance
Judiciary 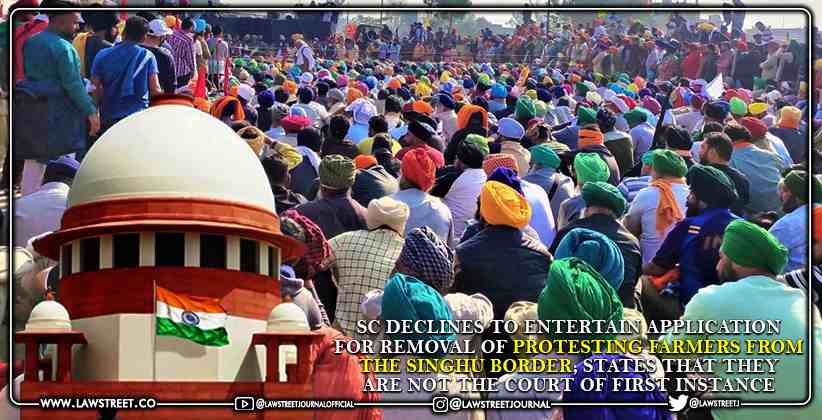